At some point in our life, we all have struggled at public places to find a free electric board to charge our always draining smartphones. It seems that scientists have developed solutions to unavailability of charging points at the much needed times. Scientists at Massachusetts University have developed smart clothes that are capable of generating electricity on the go. This Futuristic technology has been developed by a materials scientist Trisha Andrew and her colleague Lu Shuai Zhang.

“Our lab works on textile electronics. We aim to build up the materials science so you can give us any garment you want, any fabric, any weave type, and turn it into a conductor. Such conducting textiles can then be built up into sophisticated electronics. One such application is to harvest body motion energy and convert it into electricity in such a way that every time you move, it generates power.”

The technology developed by her aims at inducing ductile, non-metal electrodes into a wearable fabric so that it can generate enough electricity for limited purposes.

The electrodes will be interwoven into the fabric so as to generate electric currents from the relative movement of different layers, the process is called triboelectric charging. The triboelectric process works on the same principle as the static charge. She further adds that  “By sandwiching layers of differently materials between two conducting electrodes, a few microwatts of power can be generated when we move.”

Trisha and her partner Zhang have used Vapor Deposition to coat fabrics with a layer of electricity-conducting polymer known as PEDOT. The coat mixes with the original fabric and becomes a part of it which is nearly as resistant to wear as any normal fabric. The fiber is also resistant to washing and ironing. A PEDOT coated fabric won’t even increase its thickness if you are worried about it. The PEDOT coating is about 1/10th of the thickness of a human hair. They even tested PEDOT conduction on 14 varying kinds of fabrics including silk, cotton, linen, and others. The thickest of all coating adds only 2% to the original weight of the fiber. Also, even after the coating, the fabric retained its original feel and pliability.

Talking about the commercial aspects of Smart Clothes and why people will buy them, Trisha says,

“You’d be amazed how much stress your clothes go through until you try to make a coating that will survive a shirt being pulled over the head. The stress can be huge, up to a thousand newtons of force. For comparison, one footstep is equal to about 10 newtons, so it’s yanking hard. If your coating is not stable, a single pull like that will flake it all off. That’s why we had to show that we could bend it, rub it and torture it. That is a very powerful requirement to move forward.”

Trisha has already developed a successful wearable heart rate monitor using the same technique on a sports bra. The bra is equipped with eight tracking electrodes to make up for errors in fitness trackers most of which have only one such tracker. Her current Smart Clothes project is being supported by the Air Force Office of The Scientific Research.

Talking about the further evolution of Smart Clothes Trisha Andrew says,“We’re working on taking any garment you give us and turning it into a solar cell so that as you are walking around the sunlight that hits your clothes can be stored in a battery or be plugged into power a small electronic device.” 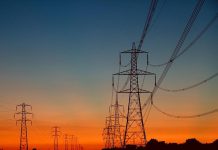