Slither.io has been hugely popular. But then, so have a lot of other things, including Call of Duty, Justin Bieber and Batman v Superman: Dawn of Justice. Could it be possible that Slither.io is just… not very good? Or even that it outright sucks? Glen Fox over at Pocket Gamer has decided to tackle this burning question and see it through to the very end, with 7 reasons why Slither.io sucks. 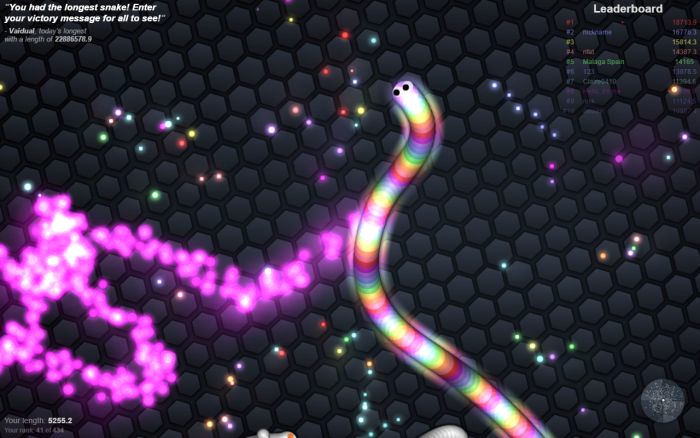 Fox begins by suggesting that the game is plain out slow, especially compared to its prime inspiration, Agar.io. There’s also the contention that it’s ugly, which I can’t say I agree with. Granted it’s not a work of art, but it doesn’t look that bad. The gradient hex tiles in particular are rather soothing to look at.

Fox also believes that the game lacks depth, which might be true. It really comes down to stepping in front a snake, or encircling snakes to get ahead. There’s also no sound in the game, which is a curious omission considering both the web-based version and the mobile version ought to feature sounds. The controls are horrible, particularly on mobile devices (PC seems fine), and there’s a lot of lag, which I can agree with. I don’t know if it’s different anywhere else in the world, but where I live, Slither.io is extremely laggy.

Fox concludes by insinuating that it doesn’t contirbute to valuable research that saves lives, which I can’t help but disagree with. Slither.io is studied by real, actual, totally not fictitious scientists every day with hopes to devise methods to evade snakes while simultaneously making their own snakes bigger. Innuendo? What’s that?