MobiPicker
Tech Hardware Skylake-X and Kaby Lake-X HEDT CPU Sampling Begins | Skylake-X CPU Pictured...
Share on Facebook
Tweet on Twitter
Deal Alert: 49% Off on ExpressVPN
Touted as #1 VPN in the world, ExpressVPN is now offering 49% off & an additional 3-months of service on its annual plans.

Days after it was virtually confirmed that the Intel X2999 chipset will be powering the Skylake-X and Kaby Lake-X CPUs, we are hearing that the chip giant has already begun sampling these chips in the industry.

Intel Skylake-X and Kaby Lake-X processors are likely to be released in the second half of 2017. Aimed specifically at enthusiasts, the new platform will be totally new with a brand spanking new CPU line, chipset socket, as well as compatibility with multiple next-generation I/O technologies such as Intel Optane.

WCCFtech cites input from “industry sources” claiming that Intel has begun sampling the HEDT processors for the LGA 2066 socket. In fact, images of one of these CPUs has already surfaced on the web. The chip had a stamp reading “Intel Confidential” on it with a codename that read “QL2T”. The mystery CPU has a clock speed of 2.4 GHz. However, being only an early sample, it is possible that we will get to see lower clocks on these models. 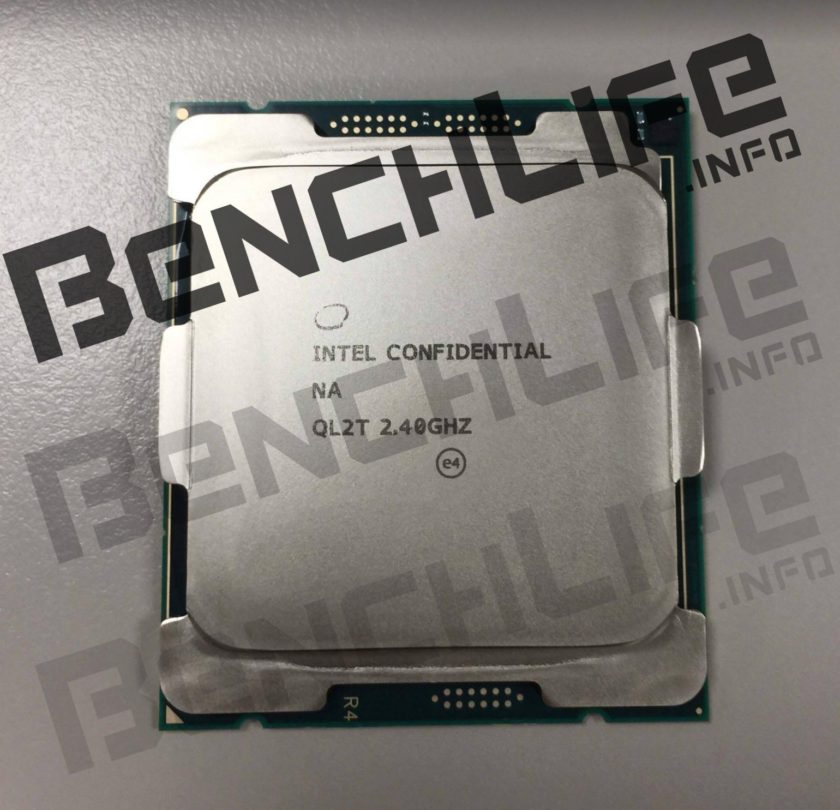 For the uninitiated, Intel’s Skylake-X lineup is basically a new name for the Skylake-E designed for high-end desktop computers. These new chips will also serve as replacements for the Broadwell-E lineup launched a few month back.

According to reports, Skylake-X processors will also surface on the market with the same core configuration as Broadwell-E with 6, 8, and 10 core variants, and TDPs adjusted somewhere around 140W. While the IPC will be much better with the new Skylake architecture, the pricing structure for these new processors will be roughly the same as the old ones.

Note that Intel will also be offering Kaby Lake-X processors on the HEDT platform. These new processors will hit the store shelves roughly around the same time as the Skylake-X. They will be available only in Quad Core packages.