Apple‘s virtual voice-activated personal assistant, Siri, has always been appreciated and has evolved greatly over the years. Now, iOS 9.1 seems to have brought new powers to Siri. According to the latest reports, Siri will now be able to recognize the voice of the iPhone owner. 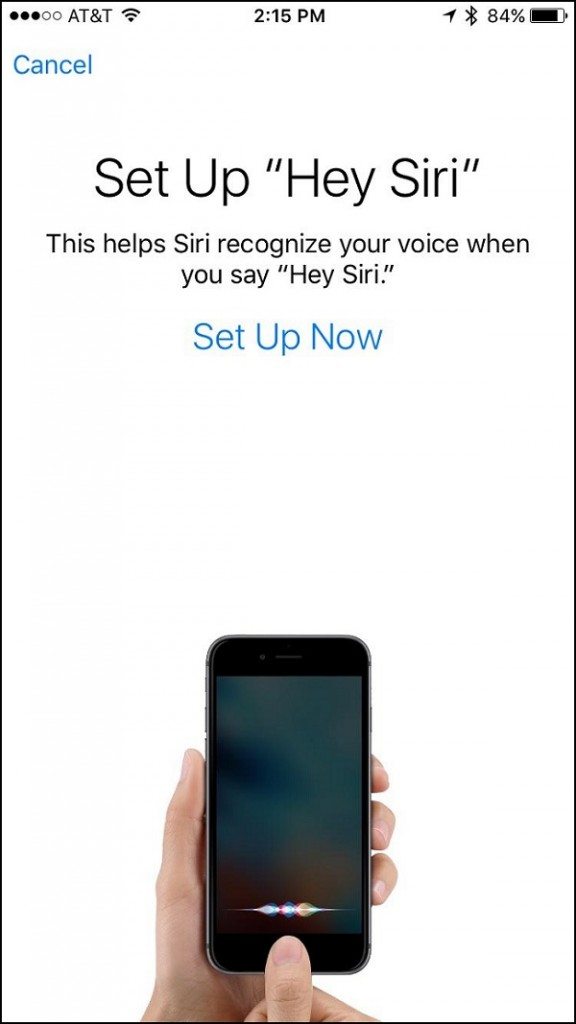 An iOS 9.1 setup screenshot has surfaced over the internet and it indicates that the virtual assistant will be able to differentiate the voice of the phone’s owner from other voices. This screenshot was taken from the public beta of iOS 9.1 that was released on Thursday. As seen in the screenshot, when the user activates Siri with the usual activation command, ‘Hey Siri’, a message appears on the screen, saying that the setup process will help the assistant recognize the user’s voice.

In case this is true, the virtual assistant will only be activated when the command comes from the phone’s user. This will prevent any other person from accidentally or deliberately activating and using Siri. We are sure you were previously used to your friends activating the assistant on your phone or interrupting you during commands; the new voice recognition will definitely help you avoid such annoying incidents!

September 25 will see the release of the newly launched Apple iPhone 6s and iPhone 6s Plus. These two iPhones are the only ones that will allow users to keep Siri on the ‘always on’ mode, even when the phone is unplugged. iOS 8 users, however, can call for Siri and activate it hands-free only when the iPhone is plugged in.