Simplenote, one of the most popular note-taking apps on iOS platform has made its way to Linux desktops. The app has been developed by WordPress makers, Automattic, and land on Linux and Windows 10 through the flexible combo of React and Electron. 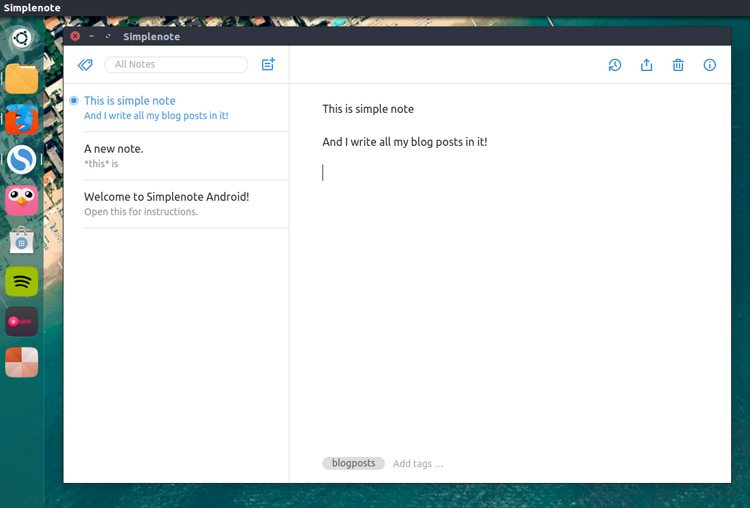 The popular app first launched on iOS and then expanded to Android and Mac OS. And now, the same comes to embrace Windows and Linux users.

On the Linux front, NvPY and command-line tools like sncli are the popular names when it comes to note-taking.

All the features from iOS make their way to the new apps on Windows and Linux. The core set of features include:

# Publish — Make your note public with its own URL

Collaborate is one of the highlights of Simplenote, allowing users to edit the note without creating an account. The notes are shared via a private URL and stored on Simplenote’s website.

Along with the above features, Simple note also provides:

# Markdown support (has to be enabled)