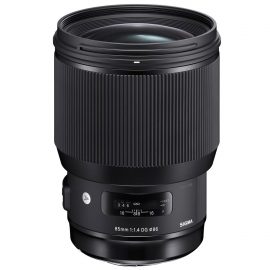 The Sigma 85mm F1.4 Art is priced at $1199. It is designed with focus on resolution and bokeh. The new lens comes with a stronger HSM AF motor that produces 1.3x the torque of the previous setup. It also improves auto-focus speed.

The lens architecture features two SLD (special low dispersion) glass elements and one glass element with a high rate of anomalous partial dispersion and refraction. Other features include a full-time manual focus override, even during continuous AF. The new lens will be available in late October. 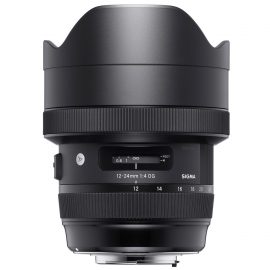 The lens architecture features FLD (“F” Low Dispersion) glass elements [equivalent to calcium fluorite in performance]. It comes with an optimized power distribution to maintain image quality from the center to edges. The Sigma 12-24mm Art is priced at $1599. It will be available in late October.

The Sigma 500mm F4 DG OS HSM Sport lens is priced at $5999. The expensive lens features lightweight components such as carbon fiber, magnesium alloy, and a water and oil resistant front element. The ultra-durable lens is dust and splash proof.

The lens architecture features two FLD and one SLD glass elements. It offers optimized power distribution to minimize spherical aberration and axial chromatic aberration. The transverse chromatic aberration is also minimized. Other features include Sigma’s two-mode Optical Stabilizer for shooting handheld, and a customizable AF ‘return’ function for setting the focus position and returning to that preset distance.