One of the things that can overwhelm one with nostalgia is suddenly seeing a long lost friend, one that was never dreamt to being found again. It makes you want to laugh and cry at the same time while you wonder on what has happened and how much your friend must have changed. That is the same feeling the new shot that emerged for Shenmue III brings. 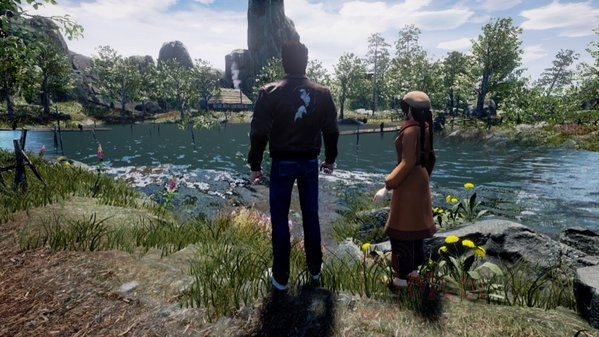 The new shot shows bright sky, beautiful landscape, lush vegetation and water that looks good for an afternoon cool off. It is exactly 13years since Shenmue ‘disappeared’ from the screen, traced back to the days of the original Xbox in 2002. For those that knew Shenmue, the importance of the screenshot cannot be explained with words.

Since the Sony’s E3 press conference, last year, this is the first screenshot that actually reveals some major upset in the world of Shenmue. The picture which was shared on twitter is one of a few images shown today at a Magic Monaco press conference.

The shot alone shows lots of promises, that the game is still as hot as it used to be. But to the fans, it may be a work in progress shot but it is certainly enough to wet their appetite while they wait for more info which is hoped to emerge in the coming days. The fact that Ryo Hazuki and company are making their return is already too much ecstasy.

The begging questions at the moment that needs urgent reply bothers on what the gameplay pattern will be like. Will it be like the Shenmue we used to know or will there be major shifts? On which platform will it be dropping? Hopefully, someone will begin to talk very soon.

Did you play Shenmue? Will you be willing to play it again now as an adult?