SHAREit is one of the most popular file sharing and transfer service that works over your local WiFi. It’s a free service and doesn’t require registering an account to make use of it. The app for SHAREit has been available on iOS, Android, Windows Phone and PC for quite some now, and today the app has received an update for users on Windows 10 Mobile.

The new SHAREit comes with a refreshed UI that aligns better with the Windows 10. It’s good timing too as people have been complaining a bit about the dated design for the app and with this refresh, the app is now a Windows 10 Mobile app through and through. 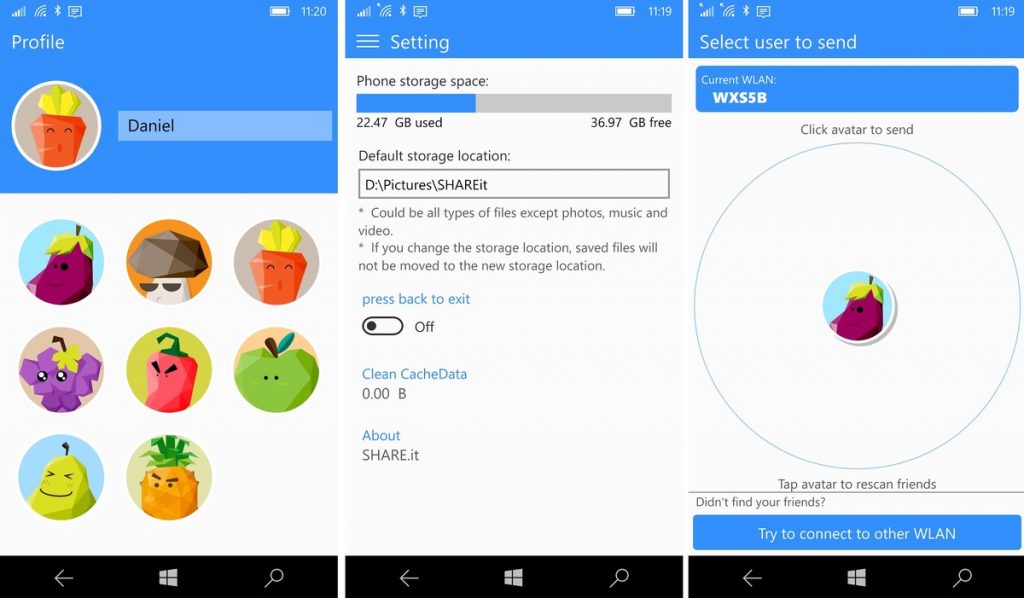 Functionally speaking, there isn’t anything new to report, but we will update the article once something new is spotted.

There are actually two separate listings for SHAREit with one being at version 1.1.1.1 and an old panorama style UI. That makes three apps of SHAREit, which is rather hilarious. Anyways, hit the source link if you are on Windows 10 Mobile to get the update.