While all eyes in PS4-land will be on Uncharted 4: A Thief’s End, it’s worth noting that Shadow Complex has also just been released for PlayStation 4 in its remastered form. The original, which was released back in 2009 was exclusive to the Xbox 360 over Xbox Live Arcade. It has since been remastered, and the remastered version has popped up on Windows PCs and the Xbox One, so a version for the PlayStation 4 was a no-brainer. 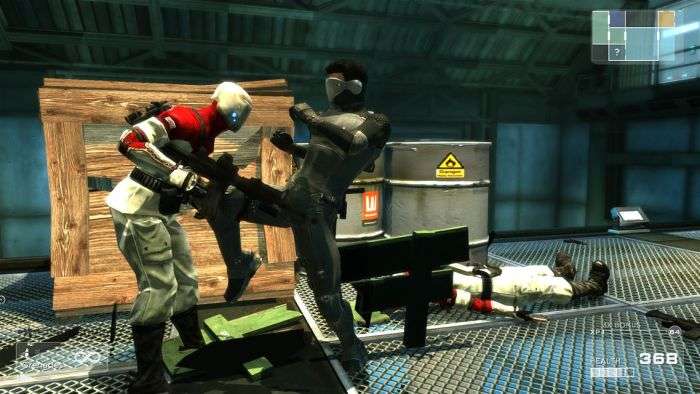 Shadow Complex is a side-scrolling 2.5D action-adventure game featuring a story written by comic book writer Peter David. Jason Flemming, the hero, along his girlfriend Claire explore a cavern that turns out to be a secret underground bunker. Claire is taken as a damsel of distress, and Flemming must save her.

The gameplay is best described as a “Metroidvania”, i.e. inspired by classics like Super Metroid and Castlevania: Symphony of the Night. This means that players freely explore 2D environments (rendered in 3D, of course) and collect new weapons, abilities and power-ups that can then be used to unlock new areas to explore.

Building on top of the original game, the remastered version adds even better graphics (of course), and “all-new dynamic melee take-downs. There’s also new Achievements and Master Challenges for players to unlock. The game is out now on PlayStation Network, so have a gander if it interests you. The game is also available on Steam now. While it was released on Windows PCs last year, it was exclusive to Epic Games’ Launcher. Let us know what you think in the comments below.