The gaming world is full of violent games where players kill characters or each other in terribly horrific ways. Many games cross the limit and are outright explicit with blood and gory scenes, and the death of the character also worries the players.

Minecraft is not included in the category of such horrific and sadistic games, but deaths do occur in the game. So let’s see the different ways you can die in Minecraft. 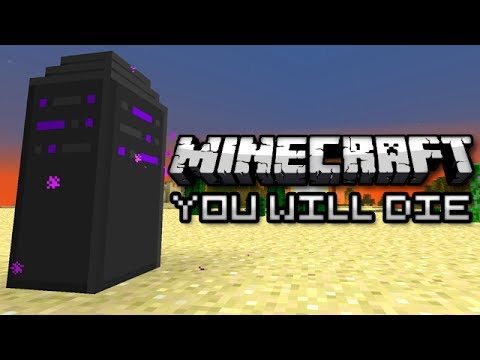 When TNT, a cube 0.98 edge length, is activated, it appears at the middle of a powered TNT block. In case it gets activated with fire or redstone, it explodes after 40 Redstone ticks. Primed TNT catches fire when shot through lava. TNT’s are useful for laying traps like land mines. Such mines are activated by they come in contact of a fire charge ball, lava, fire, etc.

Just like you cannot swim, you cannot even fly. So if you fall from a height of 23 blocks or more, you will not survive even with your armor. You can only be saved in such situations if you have an armor that is enchanted with Protection or Feather Falling.

You will find Ghasts around the Nether. The Ghasts are floating and their mouth and eyes are closed, which can trick you into believing that they are harmless, as they can imitate sounds to sound like infants or cats. They come in 4x4x4 size blocks and get tentacles that are the size of a player. When you come into the attack range of the Ghasts, they will kill you by open firing on you. They will never attack mobs, but they will make the mobs attack you.

You cannot breathe underwater, so you will drown and die when there is a drop in the air supply value. You should keep a solid block of dirt or cobblestone on the toolbar somewhere, so you can block any hole when you are mining into an ocean or spring. This will prevent you from drowning.

The Enderdragon is the boss that appears in the end. Death at the hands of this boss will not be pleasant at all. The boss is very healthy, throws fire, and can regenerate using Ender crystals. You can give a 10 damage to the dragon by destroying an ender crystal while the dragon is healing/regenerating itself.