Selena Gomez and The Weeknd have been dating each other since the last couple of months. Even then there has not been many updates from the celeb couple when it came to posting their pictures on official account. Recently, the rapper uploaded a heartfelt picture of the two confirming officially that they are indeed a couple.

According to Metro, Abel posted a heartfelt photograph of the two in which the 24-year-old singer is kissing him on the cheek. Interestingly, the response that the post got was unexpected. Fans were just too delighted to see their favorite singers together, confirming their rumored affair finally.

Message from one of the fan says that he has waited long to see such a post whereas another fan says that he loved it and blessed Selena Gomez and The Weeknd to remain happy. The backdrop in the photo is not clear enough hence it cannot be said where it was clicked. 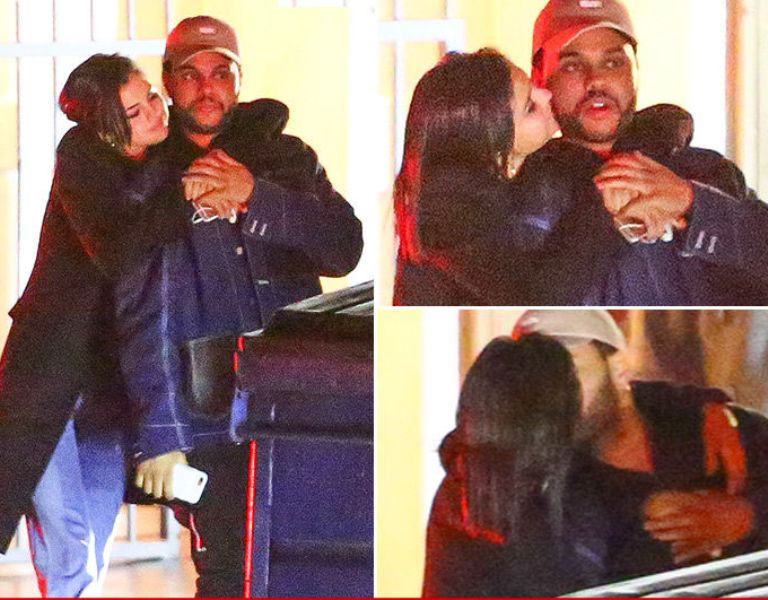 According to one of the sources, the photo must have been clicked when Selena Gomez and The Weeknd attended a birthday party of Belly, a Canadian rapper in Los Angeles a few days ago.

Onlookers at the party have reported that the couple seemed to be very sweet and mellow together. They sat together by a fire pit and were with each other all the time. Abel was kissing the forehead of Sel all the time while both of them held each other’s hands.

The Huffington Post says that Selena Gomez and The Weeknd were joined by other star singers including Drake, Amber Rose and Ashlee Simpson. The couple did not drink but just ate pizza and kept on chatting. Even though others were partying hard, the young couple kept to themselves and stayed low-key.

Selena Gomez and The Weeknd danced a bit but most of the time they were either sitting or walking around holding hands and then later on cuddled up in a corner. That certainly looks serious!