In a breakthrough discovery, scientists have found first live specimens of the rare giant shipworm, scientifically known as Kuphus Polythalamia, in a marine bay on the island of Mindanao in the Philippines. The creature, which comes straight out of the movie “alien”, has been known to exist for 200 years, but no living specimen was found until now. 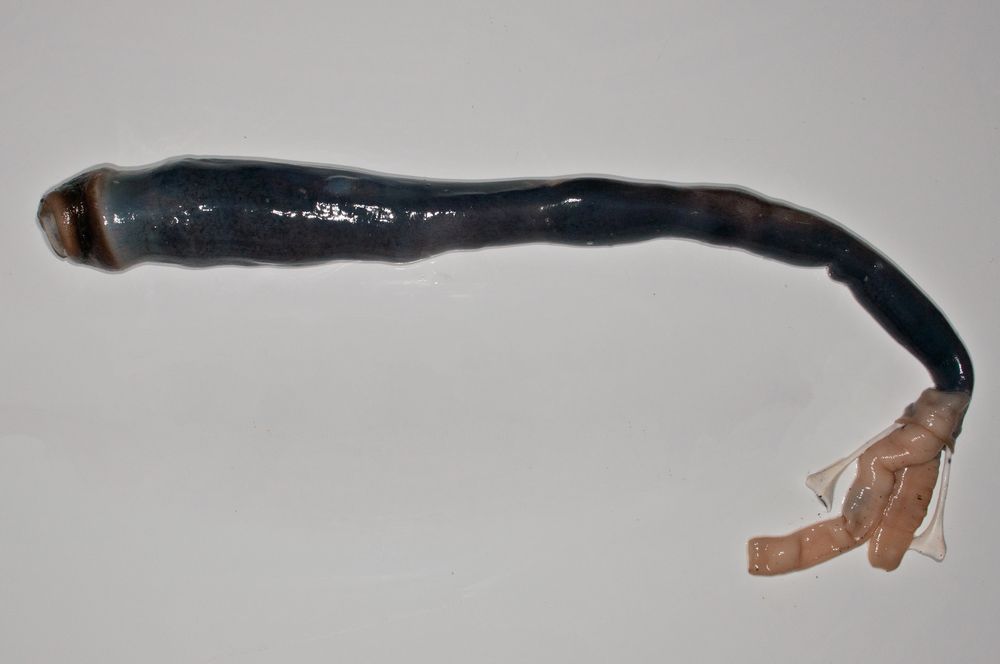 According to the study published in the Proceedings of the National Academy of Sciences (PNAS), the giant shipworm can reach up to 1.55m in length and 6cm in diameter. It spends the majority of its life inside a hard shell made of calcium carbonate, which it creates by secreting a special substance. Then, it submerges itself head-down in the mud, where it feeds on marine sediment.

Despite its name, the giant shipworm actually belongs to the bivalve family – the same group as clams and mussels. To be precise, it can be described as the “longest living bivalve” known to man.

What Led Scientists To The Giant Shipworm?

The discovery came about by chance when the report’s chief author Daniel Distel’s team was working in the Philippines with local scientists.

“One of our students came in and said, ‘hey, look at this’ – he’d found this really great video on YouTube,” Dr. Distel said. “We searched the literature and the scientific sources for years, and then we find it on YouTube. It’s the miracle of social media,” he added. That video led them to find and collect five giant shipworms in Mindanao.

However, they did not reveal the exact location of their findings as the outside tubes of these creatures “fetch a pretty good price” among shell collectors.

Removing Giant Shipworm From Its Shell

The scientists cut off one end of the shipworm’s shell, before gently shaking the long, slimy black creature out. “It was like opening a soft-boiled egg – I just tapped on it very, very lightly with a chisel, made a circle, and the shell came off, just like an egg,” Dr Distel said, adding, “It feels a lot like it looks – it’s kind of slimy, but it wasn’t objectionable, it didn’t smell bad”.

The giant shipworm is extremely “beefy” and its head is protected by a hard cap, which can be re-absorbed if it needs to grow or burrow deeper into the mud. And, what’s even stranger is how it eats – something that’s far from normal.

How Does It feed? 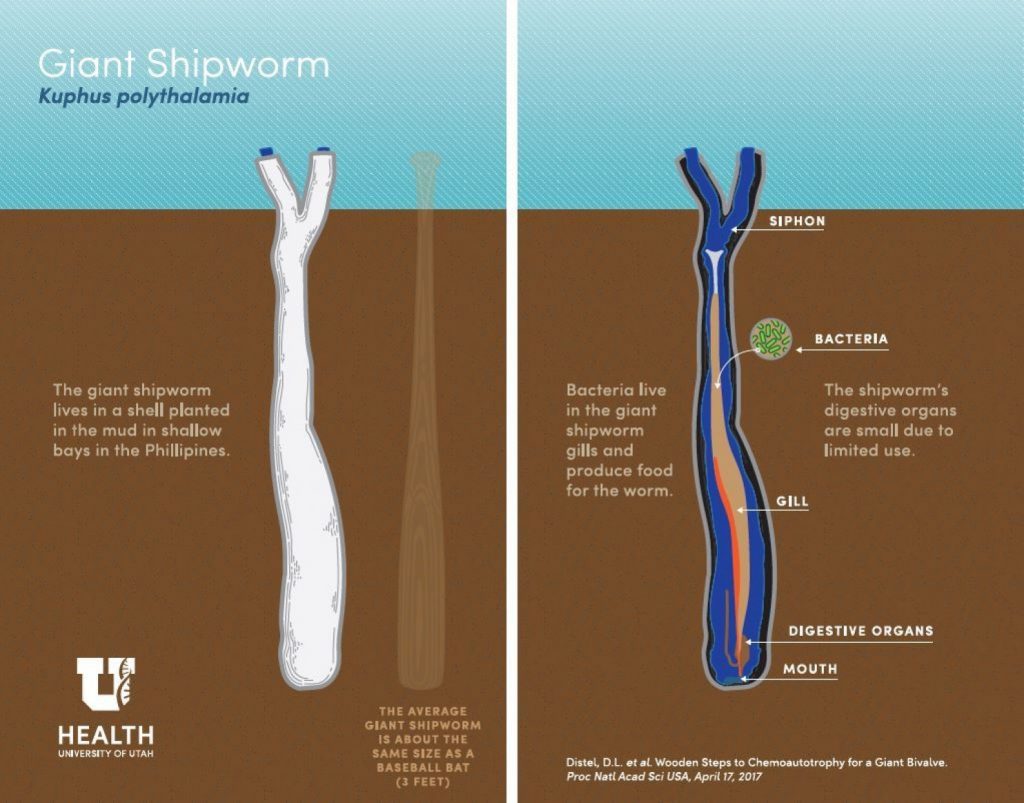 Most shipworms usually feed directly off rotting wood that has been washed into the ocean. However, this one uses bacteria in its gills to turn the hydrogen sulfide in the water into an energy source, essentially transforming CO2 into nutrients. The process is very much similar to photosynthesis, except here we’re talking about the giant shipworm. Its digestive system has also shrunk considerably, owing to very limited use.

For Dr. Distel, who works at Ocean Genome Legacy – a research group which stores the genetic material of rare creatures – this was a major find.