Samsung’s first round smartwatch, will be sold as the Gear A (code-named Orbis). Possible unveiling would be on August 12, alongside the Galaxy Note 5.

However, the full specs of the device has been revealed in an article by Sammobile, the smartwatch is said to be powered by an Exynos 3472 chipset, 768MB of RAM along with a 1.2 GHz dual-core processor and a 450MHz Mali-400 MP4 GPU. It will have 4GB of storage, 250mAh battery and a Bluetooth 4.1 connectivity.

Sensors would include a GPS, barometer, gyro, accelerometer, as well as a heart rate monitor. One of the version will have built-in Wi-Fi (802.11n), that includes Wi-Fi Direct. 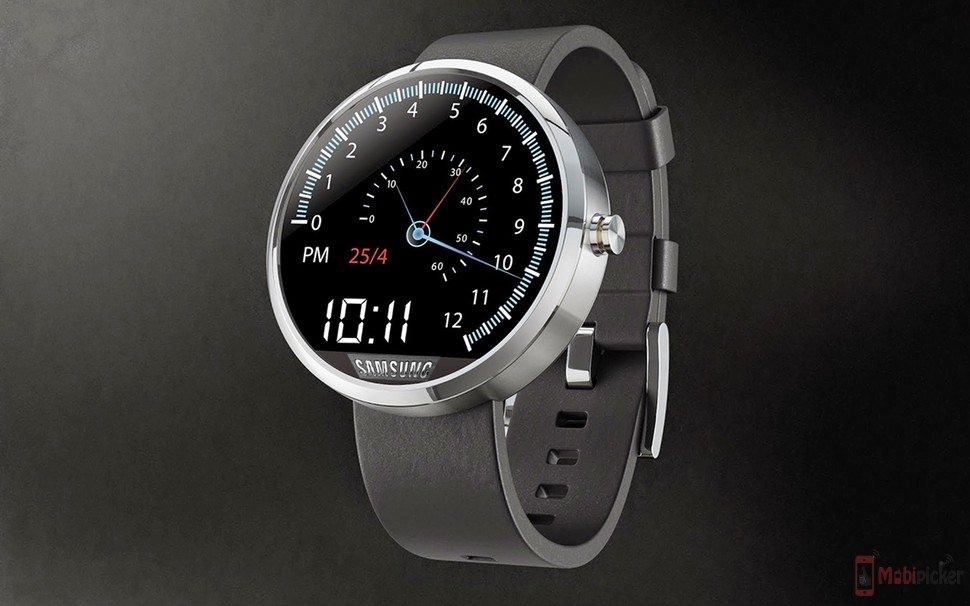 On the flip side, the device would come with a special version of Tizen (Another open source mobile OS like Android but less popular), featuring an interface designed specifically for the round screen. The display is said to have a 360×360 resolution. As for size, it might be 1.65″, but at this point  of time the information isn’t clear. The UI will be controlled by the Gear A’s bezel ring, as seen in the image above.