The US Patent and Trademark Office has published a new patent application by South Korean tech giant Samsung that displays a promising, new design for the S-Pen that will also serve as speakers for future Galaxy Notes.

The speaker outlet will be embedded right in the Note S-Pen body itself. 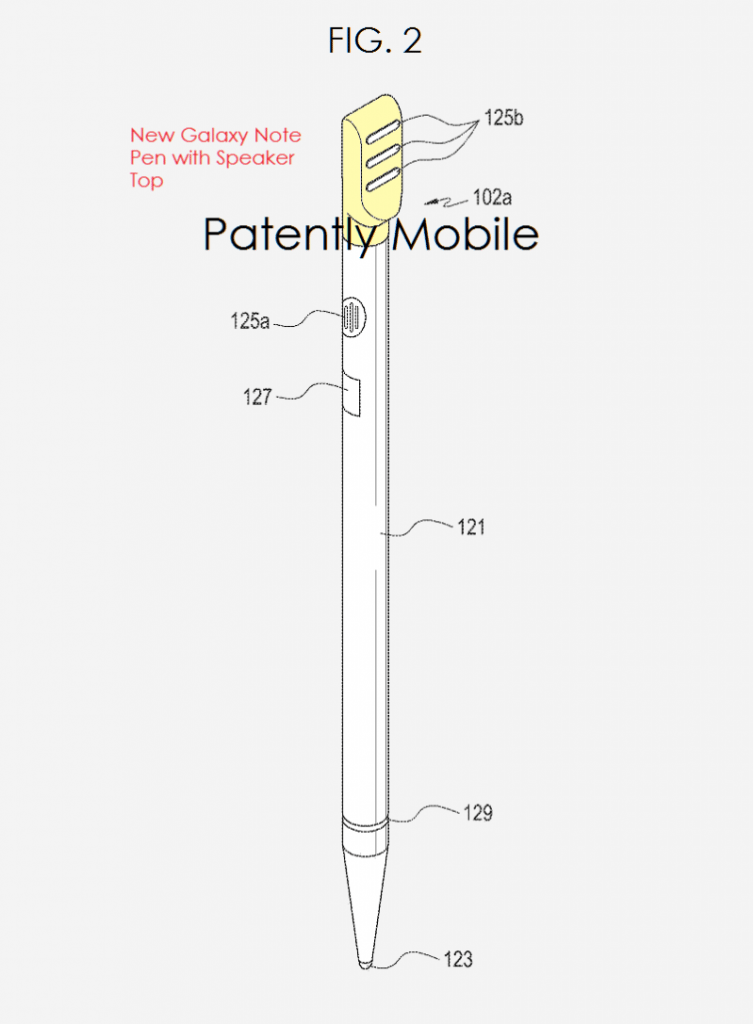 The patent application basically exhibits a rather complicated system that includes the “accommodation space” (a.k.a the S-pen silo), a speaker module, as well as an accessory that will fit inside the accommodation space.

If what we have gathered so far is accurate, it seems like the system enables the stylus to transmit audio from the speaker module inside the phone to the speaker inside the S Pen (which then flows outward).

Assuming that is exactly how this new technology is going to work, it is highly likely that the accommodation space could significantly enhance the audio quality as it would be directly connected to resonance space of the built-in speaker module.

But for the system to work flawlessly, the smartphone would also require the capacity to detect whether the sound output is coming from the speaker module, or if the stylus is placed in the S Pen silo.

And finally, just in case you are getting all psyched up for some reason, it is also possible that the new tool will never really see the light of the day considering how most smartphone manufacturers usually patent lots of concepts, but hardly ever get around to develop the overwhelming majority of them.