It seems like only yesterday that Apple and Google came up with their brands of smartwatches. As usual, the new breakthrough by Apple received remarkably bad reviews and for a few months, it seemed as though the trend wouldn’t catch on. However, the prognosis of this new viral trend has put all the erstwhile critics to shame. As the trend catches momentum, Samsung has joined in to chew the cud and have their own Smartwatch with a cool new feature. 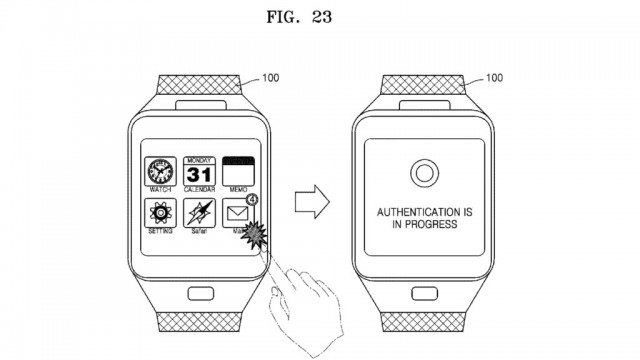 The recently filed patent for the smart watch that is going to be manufactured by Samsung has the capacity to recognize the wearer’s veins. That is, if you are the owner of said watch, your watch will know when you are the person wearing it. Once it is worn by its rightful owner, the watch will be unlocked – that is, it will grant the wearer access to their profile and have all the features capable of being used.

Advances In The Niche

Earlier this year, Nikon released a smartwatch that is capable of emitting fragrances. Fingerprint scanners, a similar technology to the one being used by Samsung, are rampant in the smartwatch industry as AI becomes a reality.

The key charm of Samsung’s idea is not that it has a new groundbreaking technology, but the way in which an already available technology is being used to increase the convenience of the wearer. Naturally, as is the objective of all electronic engineering, improving the user’s life by making it simpler is the goal, and this is what gives Samsung the edge that it has in the tech marketplace today.