It is now quite well known that SSD technology offers faster storage. The reasons most desktop computer users are still holding on to HDDs instead of purchasing the more reliable SSDs is the price and storage capacity. But Samsung has another idea if price is not your issue. On Monday, the company released the world’s largest consumer SSD. 4TB is enough to store games, image files, videos music and other types of data, isn’t it? 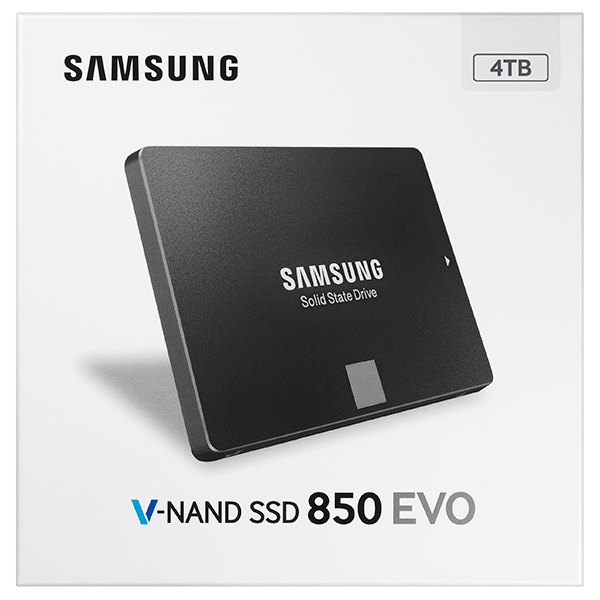 The new SSD has double the capacity of its predecessor, the 850 EVO 2TB SSD. It should be noted that the SSD is operating on the SATA interface. There are larger SSD by the sam company which run the SAS interface. The SATA interface and the fact that the drive is 2.5 inches makes the SSD the perfect solution in desktop computers.

It is obvious that consumers will be concerned with the price, and trust us, the new Samsung SSD costs as much as a MacBook Pro!. The Samsung 850 EVO 4TB Internal SSD is available on Amazon and Samsung’s official website for $1,500. Some would wonder why spend so much on storage when they can get a MacBook for the same price. Performance is the main factor to consider here. Furthermore, Samsung has implemented its well respected V-NAND technology on this pricey SSD.

The drive is expensive, but it is within the limits of SATA SSD price per gigabyte. Nonetheless, the price is incomparable to that of HDDS. A 4TB HDD costing $100 is quite expensive. But consider the speeds. The read and write speeds of the SDSD are 540MB/s and 520 MB/s respectively. PCIe-based SSD are much faster, but no HDD can match that speed.

If you can afford the 4TB 850 EVO, there is no reason not to buy it. The SSD will be in stock from 31st July, 2016. It is time we moved on from rotating drives in favor of magnetic storage.