We reported last month, that Samsung will launch its Z1 smartphone in January in India, the apparatus has been launched with a cost tag of INR 5,700 ($92). A bundled offer is also available for Reliance and Aircel users to avail free 500 MB/month 3G data for 6 months with the device. It’s the first Tizen OS-based smartphone from Samsung, and comes in Black White, and Wine Red colour options. 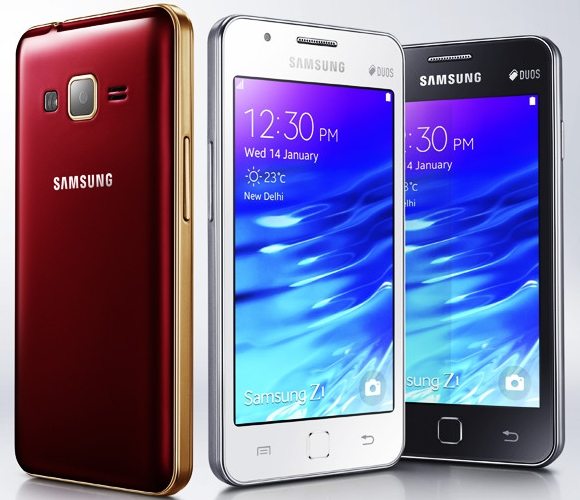 The budget friendly Z1 comes with 768MB of RAM and 4GB of internal memory (expandable up to 64 GB via microSD). It features a 3.1-megapixel primary camera and a VGA  at front. Other features include dual SIM support, as well as Wi-Fi, Bluetooth, 3G, GPS and few pre-installed applications. The device lights up with a 1500mAh battery

The smartphone features built-in AntiVirus protection, an Ultra Power Saving Mode to expand free access to Hungama music for three months, and the battery life, along with premium content from Club Samsung.