Samsung US unknowingly listed all info pertaining to Galaxy S6 Active, which was rumored for quite a while. The company’s support page revealed all the specs and manual of the handset. The manual pictures suggests that the phone will be exclusive to AT&T on launch and will roll-out to other carriers and markets later. 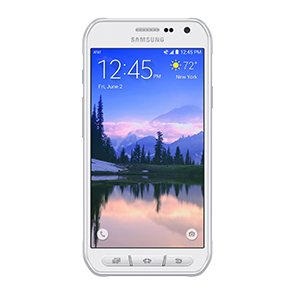 Equipped with 5.1 inch QHD Super AMOLED screen, the S6 Active is powered by a Exynos 7420 chip along with an 8-core processor. The Galaxy S6 Active measures 143.5 x 70.6 x 6.85 and weighs 138g. It packs 32GB non-expandable memory, a 16 megapixel rear snapper, a 5 megapixel selife camera, and a 2,550mAh fixed battery. The S6 Active features physical control buttons similar to Galaxy S5 Active and an additional Active button on its left side.

It is understood that S6 Active will come water and dust-proof, but there are no details spotted on MIL-STD-810G certification, which protects the phone from humidity, rain, salt, solar radiation, dust, transport and thermal shock.

There is no official info on the unveil schedule of rugged handset, however it would not be wrong to expect it in couple of weeks.