As we already know, Apple today launched its latest iPhone 6s and the iPhone 6s Plus in several countries around the globe. Naturally, the iPhone fans assembled outside of the Apple retail stores to get their hands on the newest iPhones.

According to a latest report by Android Central, the Korean electronics giant thought to remind iPhone customers that there are other options as well – so, it sent out several workers to crash the iPhone 6s event at Apple’s flagship Regent Street shop in London, UK. More precisely, Samsung workers were seen carrying banners that read: “The iTch To Switch Got Bigger”, marketing the Galaxy S6 edge+, which was recently launched alongwith the Galaxy Note5. 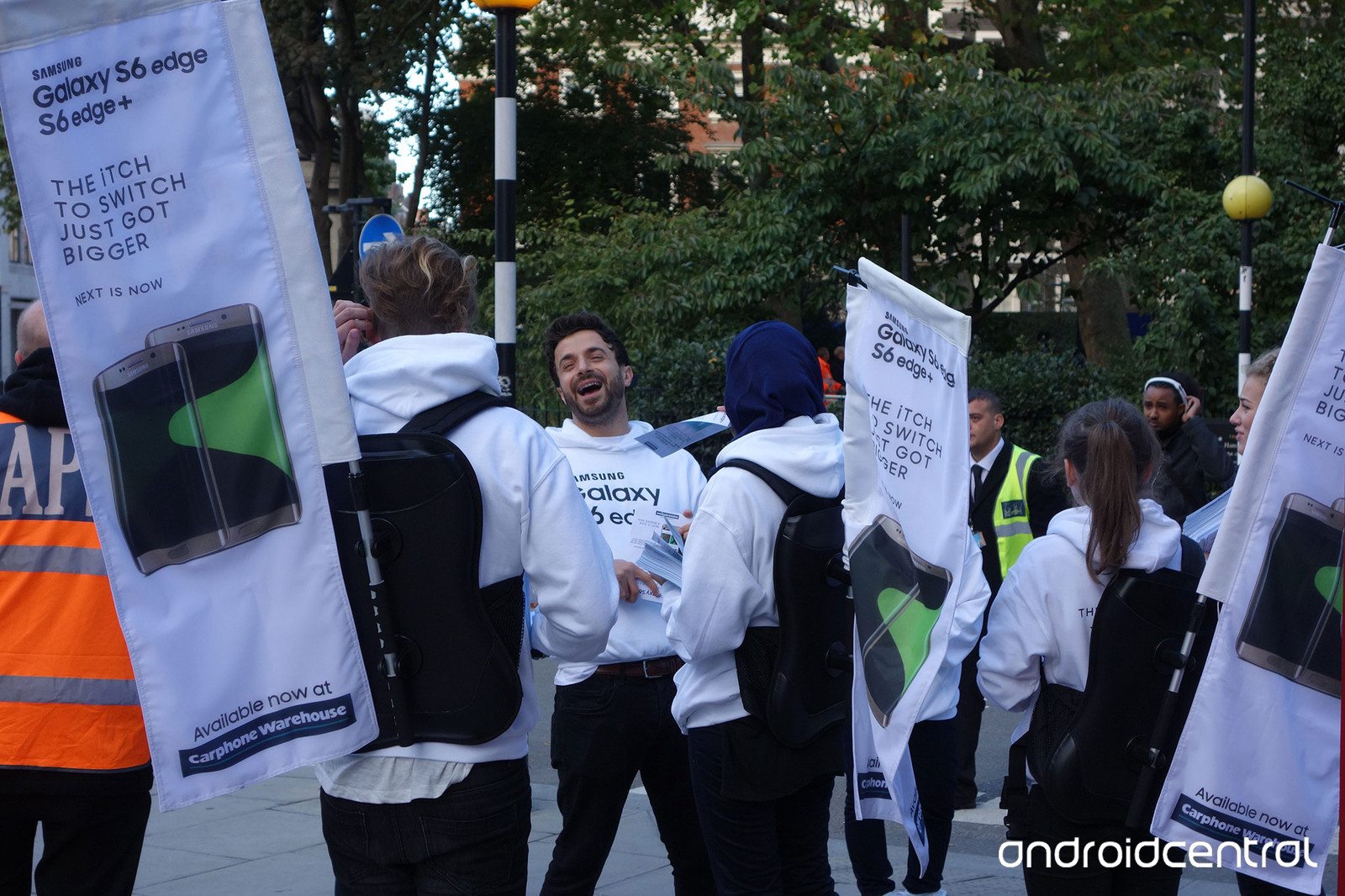 It is not known if some of the customers who went to Apple’s flagship shop in London to purchase an iPhone 6s were convinced by Samsung to switch. Regardless, it is always interesting to see Samsung attempting to resist with Apple on all fronts.

If you looking for any of these phones, check out the recently published waterproof test video of iPhone 6s as well as Galaxy S6 edge+.