“It’s the next best thing”, says Samsung in the official teaser of a new smartphone that it’s planning to roll out in China soon. Unfortunately, the company doesn’t reveal too much about the device in the teaser image. All you can see is the rough outline of a metal-clad handset with antenna lines running horizontally above the camera module on the back panel.

However, the caption at the bottom of the image reading, “The next best thing is coming” can be deciphered as a clear enough evidence that the South Korean heavyweight is referring to the Samsung Galaxy C9 that was recently spotted at the FCC with the model number SM-C9000. 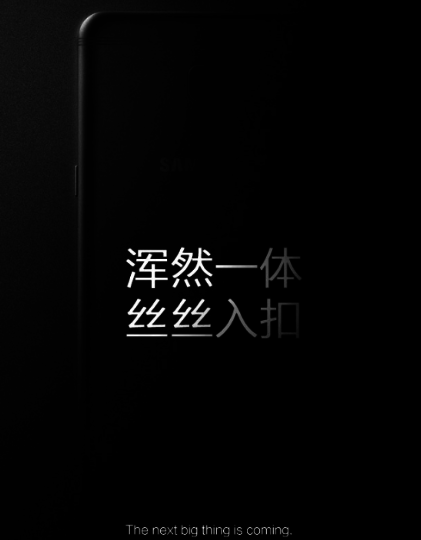 Recent benchmark tests have revealed that the Galaxy C9 specs will include a 6-inch Full HD display. The phone might also feature the Snapdragon 625 chipset, massive 6GB RAM, a very powerful 16MP primary camera, as well as a selfie-shooter on the front with 16MP sensor. It is powered by Android 6.0.1 Marshmallow and carries 64GB internal storage.

The device will draw power from a 4,000 mAh battery which is undoubtedly bigger than the batteries in most Samsung phones we have seen thus far.

As for availability, Samsung is releasing the Galaxy C9 in China by the end of October 2016 which is to be followed by the handset’s US arrival sometime in mid-November. It is unclear at this juncture whether or not the device will be made available in Europe.