While Samsung supporters are likely all still busy with the recently launched Glaxy S6 edge+ and the Galaxy Note5. Bu the Korean company has launched (via: PhoneArena) one more smartphone after these flagships phone. Dubbed Samsung SM-G9198, a powerful flip phone has unveiled in China yesterday. Back in July, the phone was spotted at TENAA certification website. 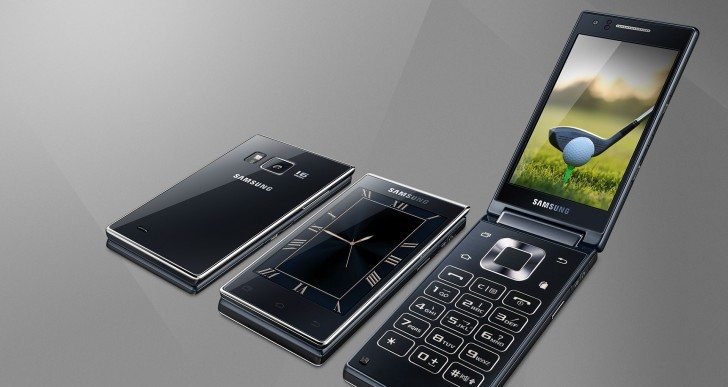 In comparison with the TENAA record, the official spec sheet of the smartphone does not bring any changes. The Samsung SM-G9198 flip cellphone comes with two 3.9-inch Super AMOLED panels running at 768 by 1280 pixels, both of them shielded by layers of Corning’s Gorilla Glass 4, which is the same ultra-repellent glass that you are going to find on high end Samsung handsets such as the Galaxy Note5 or the Galaxy S6. The handset draws on its processing power in the hexa core S808- an SoC that is paired with 2GB of RAM. This makes the SM G9198 the single most powerful flip phone that people have ever heard of.

Other specs include a 16MP primary camera with the aperture of f/1.9, a 5MP secondary lens, 16GB of expandable internal storage, LTE connectivity, and a 2,020mAh battery. On the application side, the Samsung SM-G9198 flip mobile runs most recent available Android 5.1.1 Lollipop out of the box. 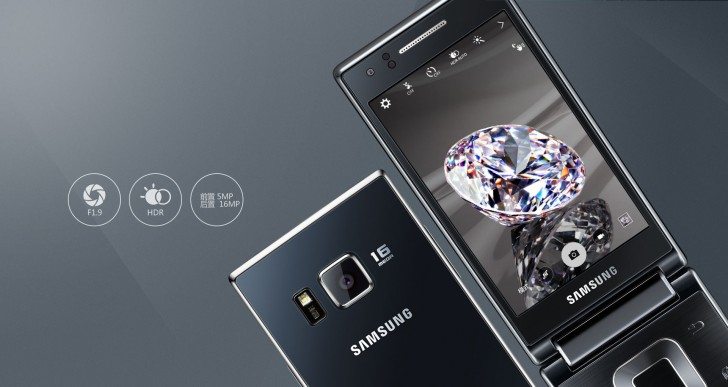 Right now, it is not clear if the Samsung SM-G9198 will make its way out of Asia, where the flip cellphones continue to be a matter today. Few days back, LG has also surprised us by unveiling its new Android-running Wine Smart flip mobile. And it is also releasing the Wine Smart to international markets.

What do you comment, flip phones are again in demand?