MobiPicker
Mobiles Android Samsung SM-G5510 with 5-inch Display Gets Certified in China
Share on Facebook
Tweet on Twitter
Deal Alert: 49% Off on ExpressVPN
Touted as #1 VPN in the world, ExpressVPN is now offering 49% off & an additional 3-months of service on its annual plans.

A new Samsung phone with model number SM-G5510 is being certified in China by TENAA and is also imported to India for testing. When it come to TENAA certification, we naturally expect specifications are leaking online. Let’s check out the rumored specs of the Samsung SM-G5510 in detail.

Samsung SM -G5510 rumored specifications: The Samsung SM-G5510 sports a  5-inches HD (1280 x 720 pixels) display and is powered by the Qualcomm Snapdragon 425 SoC clocked at 1.4GHz processor. It packs 2GB of RAM and 16GB internal storage with a microSD card slot for memory expansion up to 128GB. The device runs on Android 6.0.1 Marshmallow with Samsung’s TouchWiz UI on top. 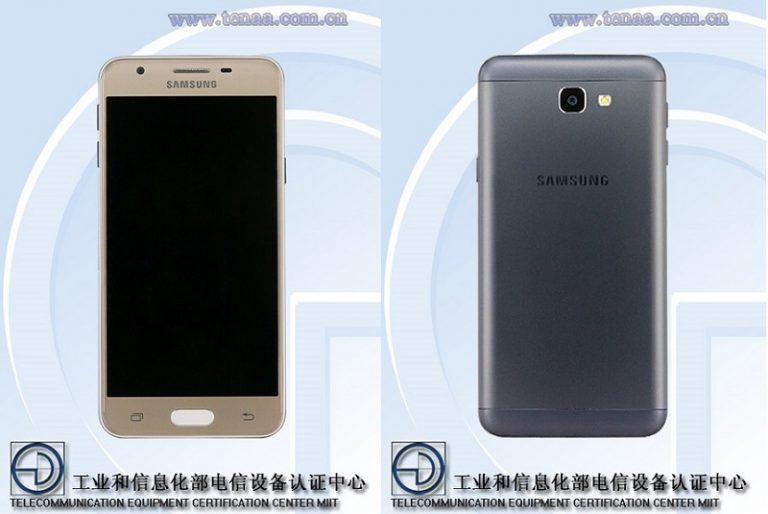 Talking about the camera, the device features a 13-megapixel rear camera with LED flash. On the front, there is a 5-megapixel front camera for selfies and video chats. Connectivity features include 4G LTE, Dual SIM, WiFi, GPS, and Bluetooth. A 2,600mAh battery is on board. This new midrange Samsung smartphone also features a Fingerprint sensor embedded into the physical home button.

The company might launch the device pretty soon, stay tuned for more info on the same.