Samsung India has launched the 4G variant of Galaxy Core Prime, which  was launched back in November last year. The Galaxy Core Prime 4G (G-360F) was unveiled in February this year and was scheduled to launch in March in India, but delayed due to internal reasons. But now the handset is available in the country for the price of INR 9,999 ($156), according to a Mumbai-based retailer, Mahesh Telecom. 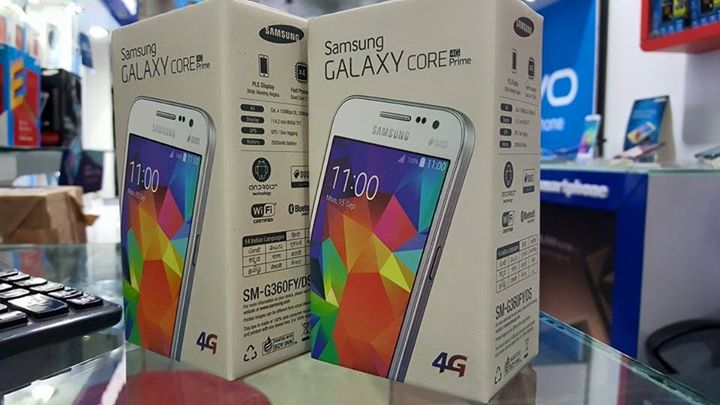 The Galaxy Core Prime 4G comes with free bundled offers from Airtel, Hungama, and Vuclip. On purchasing of the smartphone, customers will get 3GB free 4G data from Airtel, and 3 months subscription to Hungama Premium and Vuclip Prime.

Much similar to its 3G variant, the Galaxy Core Prime 4G is equipped with 4.5 inch WVGA PLS TFT LCD display, and runs Android 4.4 KitKat. It supports dual-SIM functionality and packs 1 gig of RAM, 8GB of expandable native storage, and a 2,000mAh battery. Powered by a 1.2GHz quad-core Spreadtrum SC8830 processor, the 4G handset features a 5 megapixel rear snapper with LED flash and a 2 megapixel front-facing camera.

Samsung Galaxy Core Prime 4G comes with the TDD-LTE (2300) support, which is the 4G networks used in India. It measures 131.3×68.4×8.8mm and includes Wi-Fi b/g/n, Bluetooth, A-GPS, GLONASS, NFC, microUSB, and GPRS/EDGE for the connectivity options.

It is worth mentioning that the smartphone is not yet listed on Samsung’s official e-store.