Samsung has announced the development of its latest Exynos series of processors in order to extend its latest processor fabrication technology, that has hitherto only been implemented in high-end devices, to mid range devices. While we have been updating our readers regularly regarding the application of 14 and 16 nm finFET technology to PC hardware, mainly processors and graphic cards, this news carries the novelty of being one of the few  occasions where 14 nm finFET technology has been applied to mid-range devices. 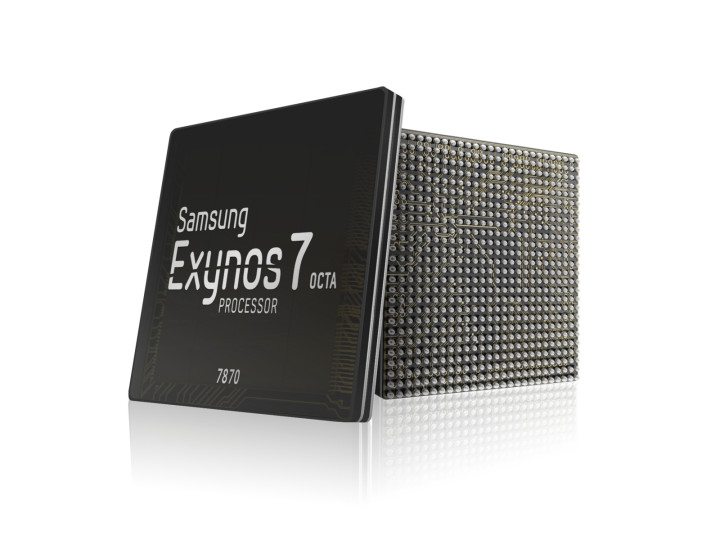 The company has specifically announced the development of an octa-core processor family named Exynos 7. The Exynos 7 Octa 7870 has been fabricated using only the latest technology that is available in the field of microprocessor fabrication, and is one of the very few processors aimed at mid-range mobile devices. The news also comes in the afterglow of the release of news concerning the development of Samsung Galaxy J7 due to be released later this year. There have already been rumours in the tech world that the latest Galaxy J7 would actually be powered by the Exynos Octa 7870.

Given the demand that Samsung enjoys from mid-range customers of smartphones (where it surpasses even Apple), it can be expected that the company’s latest endeavour to turn relatively cost effective mobile devices toward high technology would only help raise its sales. The news of Samsung incorporating finFET technology into the design of its software cores is more than a year old, and there has been a lot of enthusiasm among fans to see the technology applied to devices that are accessible to most smartphone users.