After Apple, the Korean giant is the next market leader among smartwatch makers. Samsung is now making waves with its latest offering – the Gear S3. Making its arrival in two variants – Gear S3 Class and Gear S3 Frontier, both devices are now available in the United States for pre-orders at retailers including Best Buy, Amazon, Macy’s and Samsung.com. The watch will officially go on sale 8 days from now – November 18th. 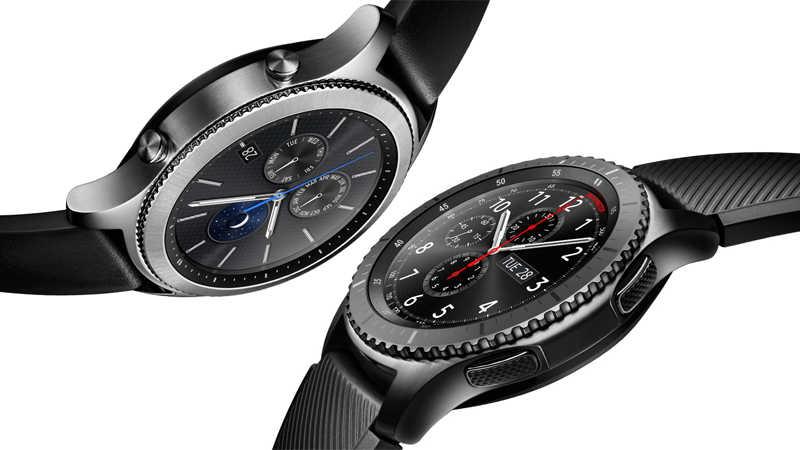 Samsung announced the Gear S3 Classic and Gear S3 Frontier at IFA this August end. To give Samsung loyalists and fans a heads-up of all the powerful, wonderful stuff the Gear S3 smartwatches are capable of, the Korean giant has released a new promo video for the duo. The video is one and a half minutes long and gives you an overview of how the Gear S3 helps you “stay organized”. The Gear S3, as the official Samsung website says, has the aesthetics of a truly premium watch with advanced features built right into the watch design, making it so easy and effortless to use. Samsung has paid great attention to the design of these smartwatches. The Gear S3 looks and feels natural on your wrist when you use it. Like a traditional watch. Only much more capable.

The Gear S3 Classic has a silver-toned polished metal finish. The Gear S3 Frontier, on the other hand, is matte black and sports the look of a dive watch. Both smartwatches have round cases that are about 1.9 inches wide and 0.55 inches thick. They also feature a built-in mic and speaker for interacting with voice-activated assistant. You can also make phone calls when the Gear is paired to a smartphone via Bluetooth. They are also water resistant – both smartwatches can withstand depths of 5ft up to 30mins. When it comes to battery, Gear S3 smartwatches come with a 380mAh battery and provide about 3 days of normal usage on a single charge.

You can also place and receive phone calls using Gear S3. The SIM-equipped versions of the smartwatches are available from T-Mobile and AT&T. Made of high-grade 316L stainless steel, the smartwatches come with all sensors that make them qualify for the “wearable” tech category – accelerometer, gyro, heart-rate monitor and GPS chip for fitness tracking.