Samsung has been increasingly innovative over the past few years with its Galaxy series of smartphones. The flagship Galaxy S6 was an important device for the company, as it brought along with Galaxy S6 Edge with it. The curved-screen smartphone was a hit, and the company carried over the innovation to the Galaxy S7 Edge.

However, Samsung has been working on a foldable smartphone since quite some time, and we told you that it was going to be called Galaxy X and would be releasing next year along with four more Galaxy flagships. The concept of the foldable Galaxy smartphone is very exciting, and there are a lot of rumors running around about the phone. So let’s see what we know so far about the Galaxy X. 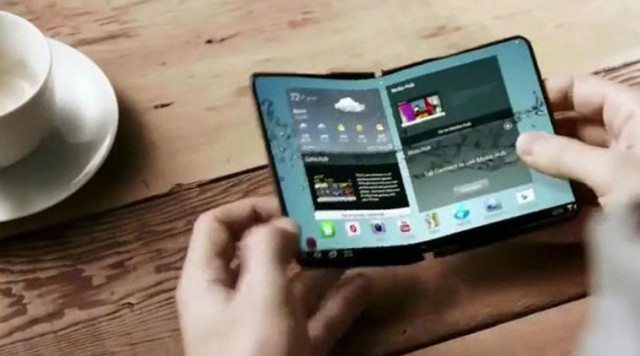 Confirming the 2017 release date rumor, Sammobile said that the Galaxy X is going to be a “revolutionary smartphone”, and we agree with it. Even though Samsung has released some great smartphones over the past couple of years, the world is moving fast and the company needs to be more creative and needs to do something new. If Galaxy X is released next year, it will be the first phone in the world that can be folded and carried easily in your pocket, and such a wonderful device will do wonders for the company’s sales and success.

As a ChinaTopix report says, the phone is publicly known as the Samsung Galaxy X currently and has been internally codenamed by the manufacturer as “Project Valley”. The foldable smartphone will come with a Super AMOLED 4K display (3840 X 2160 diamond PenTile sub pixels). The screen would open and fold just like a wallet, thus making it easier to carry a larger display without any difficulty. Some rumors say that the phone may get a triple-folding form rather than a two-folding one, possibly making it into a tablet when opened completely.

A FirstPost report suggests that the Galaxy X will either be a 5-inch phone or a 7-inch tablet-like phone. The latter is more possible, as the folding form of the device will give it more freedom to carry a larger screen, which is the gist of the whole matter. Other rumors says that the phone may come with up to 128 GB of internal storage and 6 GB of RAM, and we are sure that it will be powered by the next-gen Snapdragon flagship chipset.

TheWeek noted that Samsung is going to release a total of five flagship smartphones in 2017, including the Galaxy X, two Galaxy S8 phones, and two Galaxy Note 7 phablets. As we all know, Samsung is used to releasing the S-series phones in Q1 at the MWC, while the Note series is released in Q3 generally. Galaxy X being the first-of-its-kind device, it is possible that the company might hold a separate event for it altogether, possibly in Q2.

As for the pricing of the phone, nothing is known yet, but we are sure that it will be expensive given its uniqueness. Even then, a ValueWalk report suggests that the new X smartphone will attract smartphone enthusiasts and will “put Samsung ahead of the competition”. It is possible that the phone might not come out in all the countries and might only get released initially in some European countries and the US.

Apart from that, Samsung is going to launch the Galaxy Note 6 phablet in August. So stay tuned for more info.