MobiPicker
News Mobiles Samsung Galaxy Tab S3 – Price, Specifications, and Everything Else You Need...
Share on Facebook
Tweet on Twitter
Deal Alert: 49% Off on ExpressVPN
Touted as #1 VPN in the world, ExpressVPN is now offering 49% off & an additional 3-months of service on its annual plans.

The much-awaited Samsung Galaxy Tab S3, the successor of Galaxy Tab S2, will go on sale 31st March. After Note 7 explosion disaster, Samsung is trying hard to win back trust and admiration from consumers. The Korean Giant is working on getting everything right with its next line of devices, including the Galaxy Tab S3. And it looks like Samsung is back with a bang! Let’s take a look at Samsung Galaxy Tab S3 design, specs, price and everything else you should know before you order one. 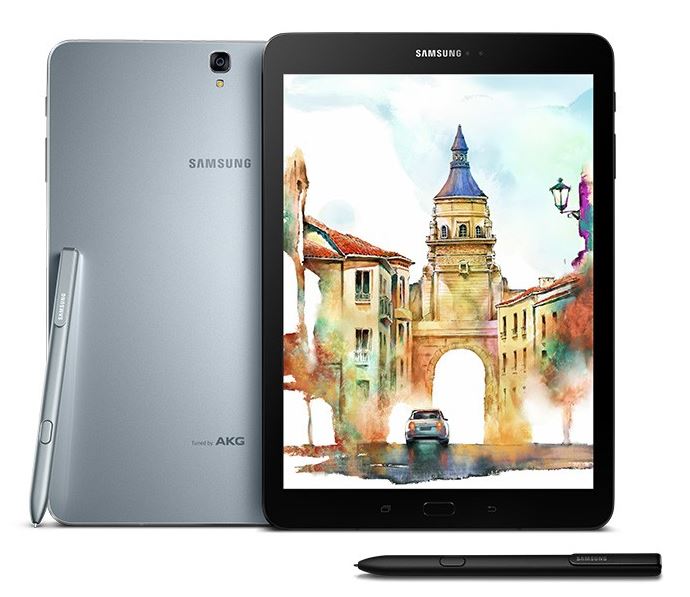 Galaxy Tab S3 looks more like an enlarged Galaxy S7. The Tab is really sleek with glossy glass back and a premium look that also feels very premium in the hands. Galaxy Tab S3 offers an amazing viewing experience with a screen that delivers bright and colorful images with HDR video playback capabilities. Featuring a 9.7-inch QXGA Super AMOLED display, the Galaxy Tab S3 won’t disappoint you in the screen department with its super-sharp display. 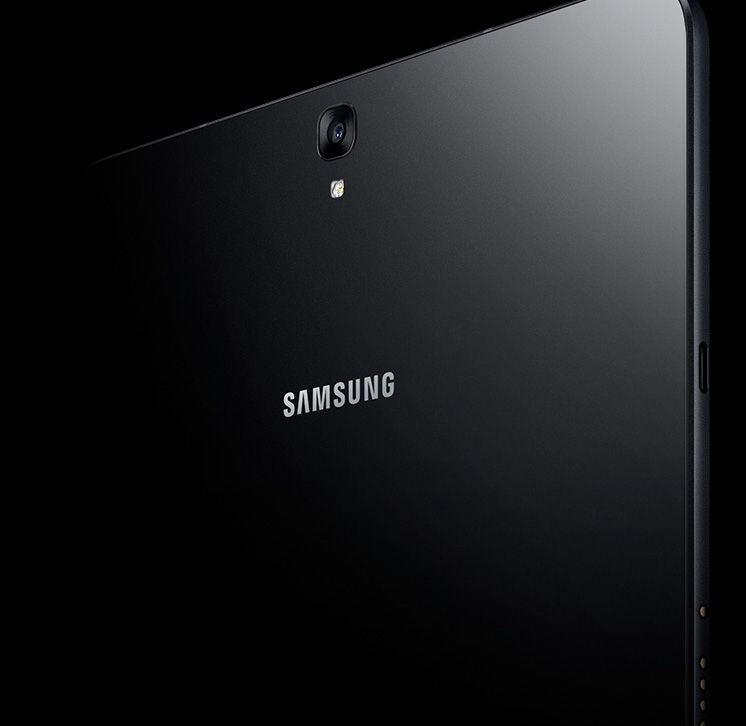 Samsung Galaxy Tab S3 is powered by the all-powerful Snapdragon 820 processor. To add a whole new dimension to the gaming experience, the Tab supports Vulkan graphics. Galaxy Tab S3 CPU is a whopping 18% faster than its previous model and its GPU boasts of 3x faster graphics than the previous model. Quite a beast! 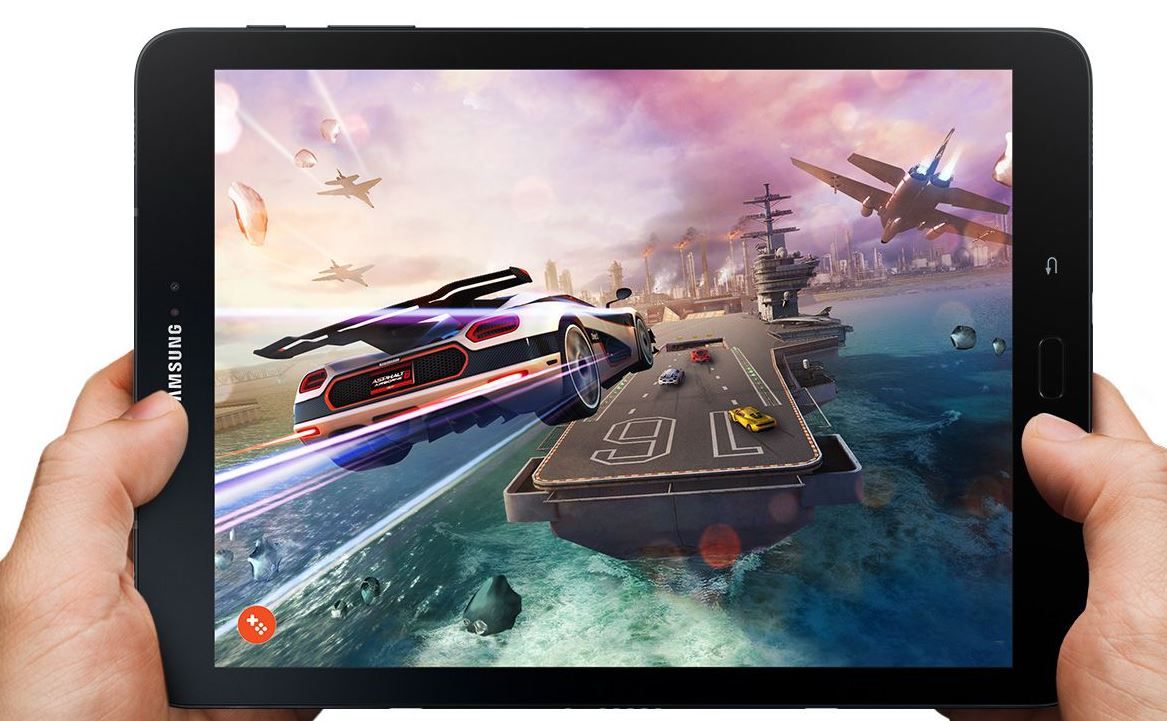 Samsung has also optimized the Galaxy Game Launcher for Galaxy Tab S3’s screen. It offers several modes for users – Power Save mode, Game Broadcasting, Ongoing Calls and Mute Games mode. With powerful Vulkan graphics support, you should be able to play many graphics-intensive games without hiccups. The Tab runs on the latest Android Nougat OS.

The Galaxy Tab S3 comes with a new re-designed S Pen. Perhaps the best part about the S Pen is that it doesn’t need recharging – it feels and writes just like your favorite ballpoint. It measures just 9.4mm in diameter, giving you a comfortable and stable grip. What’s more, Samsung has narrowed down the tip of the S Pen to just 0.7mm to help you write in the clearest and most natural way. There are also S Pen-specific apps which let you do more – from jotting down your reminders to letting loose your creative side – the S Pen is more than just a pen!

Galaxy Tab S3 features a quad-speaker system that has sound coming from each corner. Whether you hold the Tab vertical or horizontal, the speaker system automatically follows the direction mode of the screen. 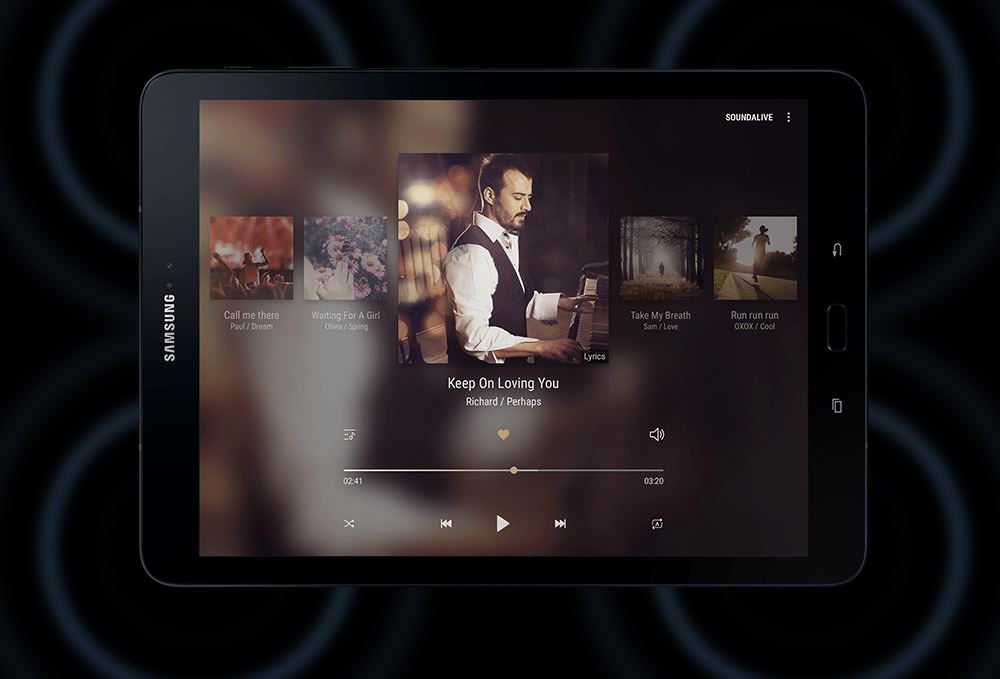 Thanks to a dedicated keyboard, you can now type faster and better. The optimized layout is especially designed to prevent typos. The keyboard can be plugged directly into the Galaxy Tab S3 – the connection looks seamless and is actually hassle-free. The keyboard, however, is not part of the Galaxy Tab S3 package and is sold separately, meaning you will have to shell out extra for the keyboard.

Galaxy Tab S3 is fueled by a decent 6000mAh battery that offers 12hrs of video playback. The battery life is significantly longer than Galaxy Tab S2 and charges faster.

What do you like the most about Galaxy Tab S3? Do share your thoughts in the comments section.