MobiPicker
News Samsung Galaxy Tab E launched in US by Verizon Wireless
Share on Facebook
Tweet on Twitter
Deal Alert: 49% Off on ExpressVPN
Touted as #1 VPN in the world, ExpressVPN is now offering 49% off & an additional 3-months of service on its annual plans.

Samsung had made an announcement in June about the launch of Galaxy Tab E. Living up to its word it is now official that the slate is available in the US via Verizon Wireless. 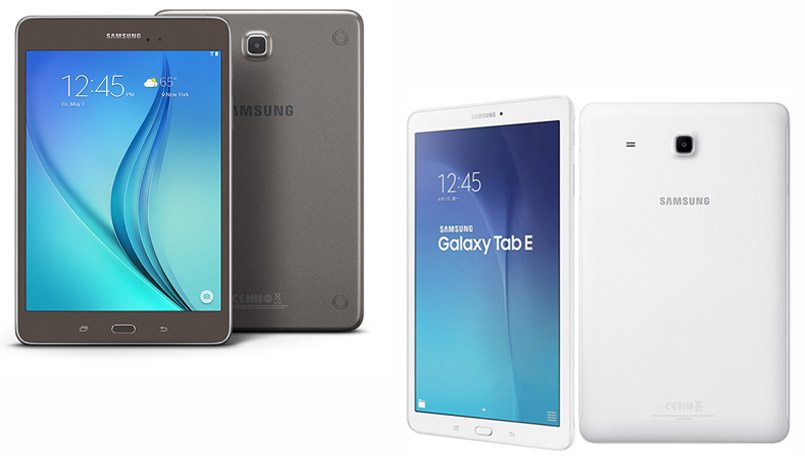 Unlike the Samsung Galaxy Tab S2, which was launched last month, the Galaxy Tab E does not feature sophisticated features. The’ family tablet’ runs on Android’s Lollipop 5.1.1 operating system and has a unique Multi-user mode that allows family members to set up individual profiles. A shortcut to Netflix and Hulu is also included. A specially designed Kids Mode provides a wide range of fun and educational apps for children.

The device exhibits a 9.6-inch display with 800×1280-resolution and is powered by a possible Spreadtrum SC7730SE quad- core processor. It encloses 1.5GB of RAM, 16GB inbuilt storage, a microSD support, 5MP main camera and 2MP at the front followed by a nice, long running 7300mAh battery. It has a sleek look design with incredible practicality.

The Verizon Galaxy Tab E is compatible with the carrier’s XLTE network, and can be purchased starting today, both online, and in retail stores. So anybody purchasing this cool device yet?