Samsung is currently working on the launch of its new tablets, Galaxy Tab A and Galaxy Tab E. These new tablets are already creating a lot of buzz even before their official release and Samsung’s loyal fans are anxious to know more and more about both of these tablets.

To fuel the curiosity about these new 7-inch tablets a leaker Evan Bliss aka @evleaks has leaked some images from the press renders for Galaxy Tab E.  The Tab A is on the left in these pictures while on the right is the Tab E. 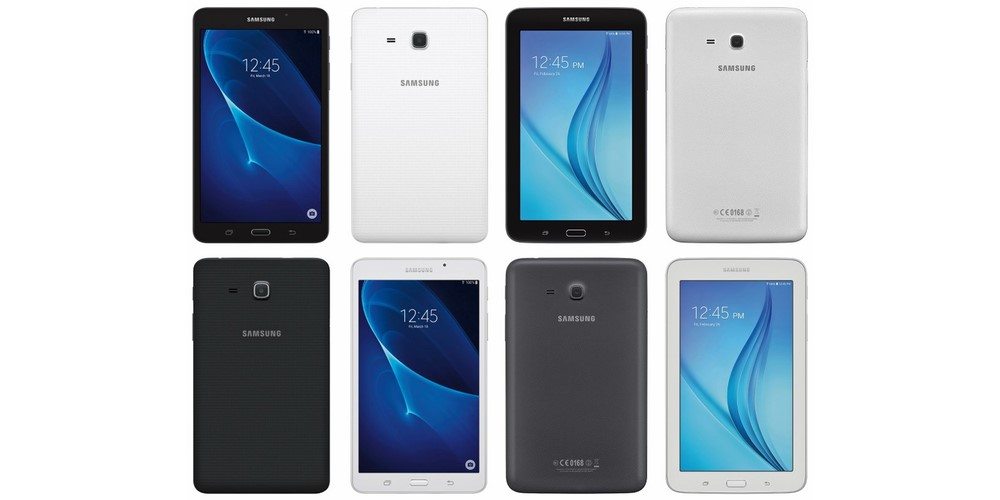 A closer look shows that the E models have larger side bezels. The backs of the upcoming Tab A and Tab E devices are pretty much the same and seems interchangeable.

If the rumours are to be believed, then the specs of Galaxy Tab A and Galaxy Tab E could be similar too, but nothing concrete can be said in this regard yet. Galaxy Tab E, reportedly will be powered by a 1.3GHz processor, and will sport a 7-inch (1280×800 pixel) display. It will come with 1.5GB of RAM, however, it is offering only a meagre 8GB internal memory which is a bit disappointing. Tab E will be powered by a 4,000mAh battery and run Android 5.1 Lollipop out-of-the-box.

Stay connected for more tech-news and do leave you comments in the box below.

Galaxy Tab E announced in Taiwan by Samsung under US$225