Samsung is expected to unveil its next-generation Android flagships, the Galaxy S8 and Galaxy S8+, later this month. So, it’s hardly a matter of surprise that new leaks about the forthcoming devices keep surfacing online almost every day. It was only late last week when alleged benchmarks of the Galaxy S8 were spotted on a benchmarking website, giving us some insights about what to expect from the handset when it finally hits store shelves.

And now, barely a day after covering that story, we have come across another significant leak that shows the Galaxy S8 in its full glory.

We have grabbed a couple of screenshots of the device for you. But, let’s first quickly revisit what we have learned so far about the S8. (Scroll below for the video)

The Samsung Galaxy S8 is expected to come equipped with an array of upgrades. For starters, the handset is likely to be bestowed with a much-improved display. If the rumor mills are doing their job right, odds are high the S8 display will offer an aspect ratio of 18:9. There could be very thin bezels, as well as a button free facade. 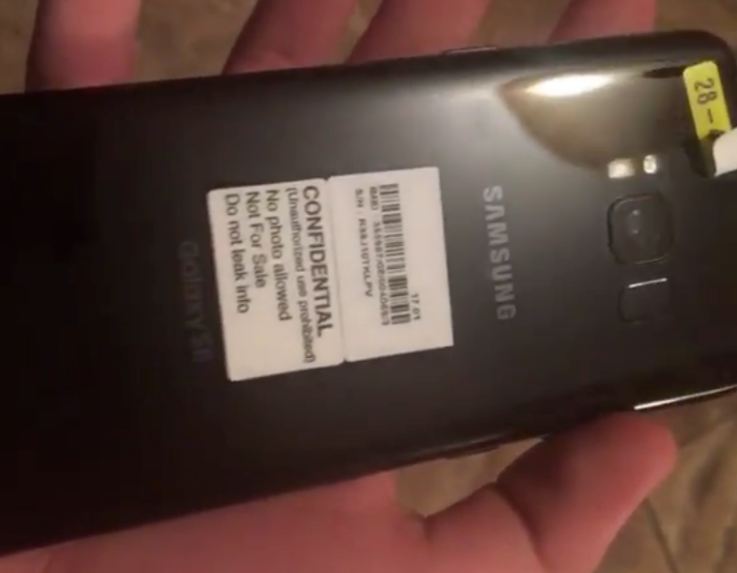 The fingerprint scanner will probably be moved over to the rear panel. There are also reports that the Samsung is not going for a dual camera setup.

The SD 835 at the heart of the tested Galaxy S8 was clocked at 1.9 GHz. Note that 2017 Qualcomm chips are capable of offering frequencies up to 3.0 GHz

As for the leaked video is concerned, the clip looked quite authentic. Especially considering that it displayed all the relevant markers, as well as design aesthetics as expected from the new Galaxy handset. However, note that this was not the first time of the S8 was spotted online. There have been many leaks in the recent past showing alleged images of the phone.