Samsung has the habit of churning out a rugged variant of its flagship offering under the “Active” moniker for quite some time now, and hence, it isn’t a surprise to see the Samsung Galaxy S8 Active make an appearance on GFXBench. 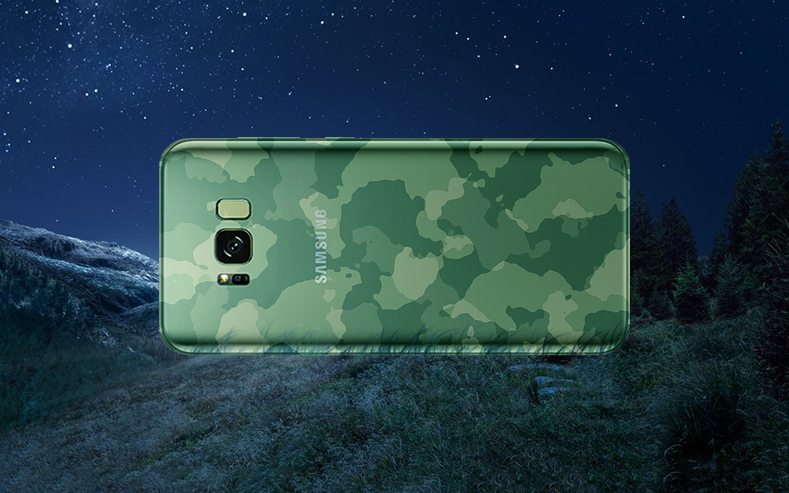 According to the GFXBench listing, the rugged variant of Samsung Galaxy S8 will sport a 5.4” screen with 2008 x 1080 resolution. Both the details seem a little off, but we all know display details are mostly wrong on GFXBench.

The rest of the listing for Samsung Galaxy S8 Active confirms the presence of Qualcomm Snapdragon 835 with an octa-core CPU and Adreno 540 GPU. It is supported by 4 GB RAM and 64 GB internal, 53 of them user-available. Camera department too comprises the same 12 MP rear shooter, along with an 8 MP sensor on the front. 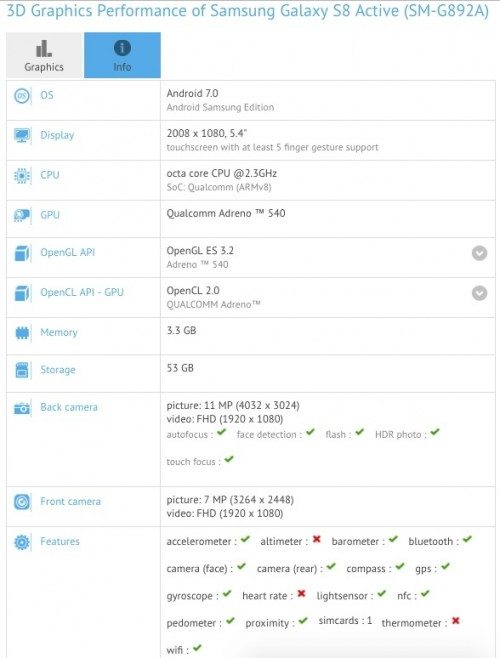 As for the software concerns, the handset is reported to boot Android 7.0 Nougat with Samsung UI on top.

However, nothing has been confirmed by the Korean giant as of now, so take all this information with a grain of salt. But if the rumor turns to be true, it will be interesting to see what Samsung does with the infinity display of S8 in the active variant.

Do let us know if you are interested in the rugged variant of Galaxy devices or not in the comments section below.