Samsung has always been lazy on the design side of its Galaxy flagships. And this time too, the company has no plans for any major redesigns for its next flagship, the Samsung Galaxy S7, which will supposedly hit the mobile markets next year. 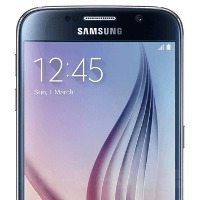 Samsung launched the J Series smartphones namely the J5 and J7 this year which were targeted at the low and mid price segments if the market. The J series contributed largely to Samsung’s gains from sales of smartphones this year. Samsung felt that design of a smarphone is not really a big factor for its success, however a reliable price tag combined with superior hardware and performance is a must. Thus, the company decided to focus on the performance side rather than the designs. Nevertheless, a new design is what actually the fans expect from Samsung.

The Galaxy S7 is rumored to come fitted with Exynos 8890 SoC for some markets and Snapdragon 820 for others. The model numbers for different countries and carriers have already revealed this information. The 2016 flagship will also receive a camera upgrade along with enhanced display quality as compared to the Galaxy S6.

Samsung has already scheduled an Unpacked event for February 21, 2016 and it is a good guess that the company will launch the S7 during the same event as the MWC 2016 will follow shortly.