Over the past few months, we have come across several leaks and renders of the Samsung Galaxy S7. And now that the phone is nearing its launch, another new leaked picture has made it to the web and shows the S7 in flesh. The real life click of the Galaxy S7 shows us only the back portion of the phone, but nonetheless, we have something to go on to. 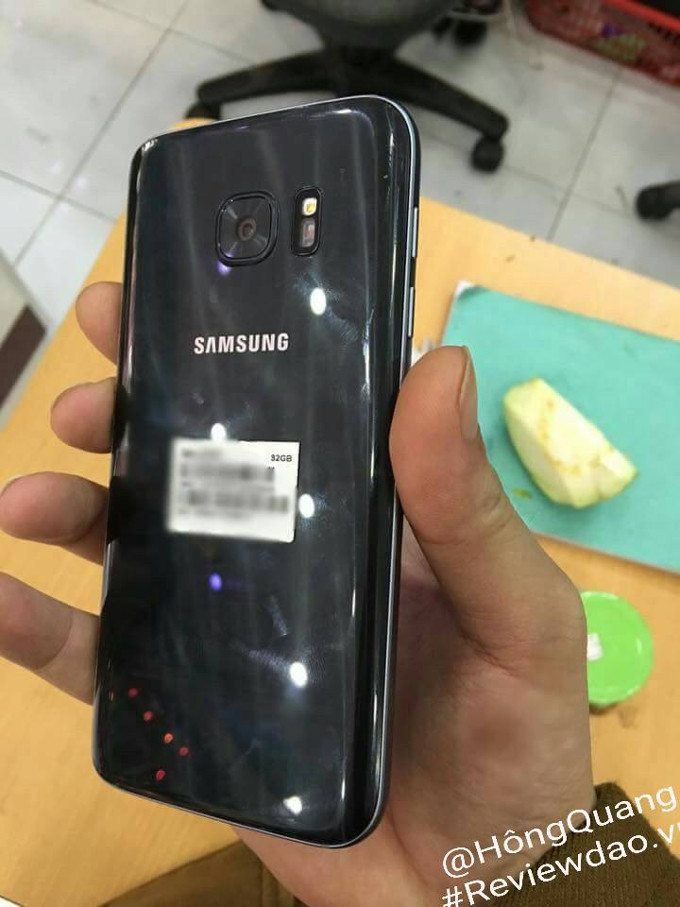 The new photo shows that the Galaxy S7 gets a curved back just like the Galaxy Note5. The source of the leak, Review Dao, has also shared some nice details about the phone. As can be noticed from the phone, the S7’s camera bump is clearly very, very less than the previous Galaxy flagships, and the company is trying really hard to make the lens sit flush in the body. The Galaxy S7 will sport a metal frame and a metal-and-glass body. Though the photo suggests a plasticky finish, we are sure that this is an early prototype that was purposely given a different material to avoid murmurs.

The new report also tells us that the Galaxy S7’s Exynos 8890 will offer up to 15% increase in the graphics and processor performance. Yes, there will be a Snapdragon 820 version of the phone, and both the variants will offer high-quality audio DAC support. The S7’s battery will charge up to 80% in just half an hour. Also, the phone is confirmed to get a 12MP Britecell camera at the rear with f/1.7 aperture for great low-light performance. The phone will also get waterproofing.

The Samsung Galaxy S7 in Vietnam is expected to carry a price tag of the equivalent of $740, while the S7 Edge will go up to $890. We can’t really confirm whether or not this leak is a genuine one, as there’s no front snap of the phone. But at least we got some idea about some major details of the phone.