Here is another follow-up to the series of leaks coming for the Korean giant’s next flagship series – the Samsung Galaxy S7. The current leaks make the set of rumors more complete, offering the pictures of a smartphone chassis, claimed to be housing the new Galaxy S7. The handset is expected to hit world markets in around late February or March. 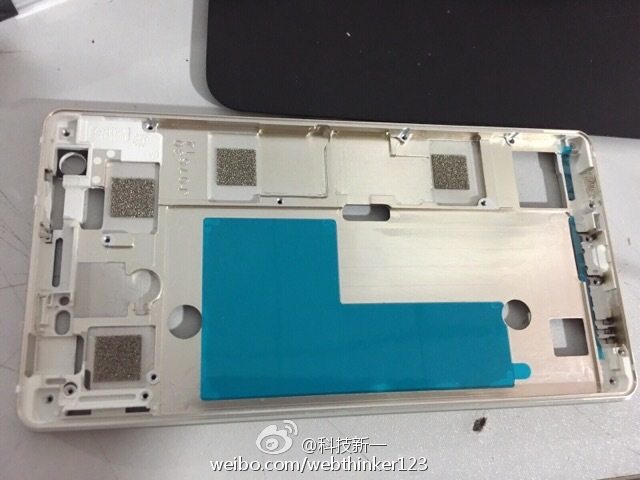 If the claims prove true, the Galaxy S7 as previously said is no different in build and design from the predecessor Galaxy S6. There are two handsets expected to launch – Galaxy S7 and the S7 plus with similar designs but the latter having a bigger 6-inch screen.

Minor changes can be observed in the chassis shown in the leaked pictures. The corners are somewhat more straightened as compared to that in the S6. A USB Type C-port is expected from the pierced metal chassis at the bottom. Further, the speaker grill at the bottom is no longer present as it was in the Galaxy S6. Also the camera positioning is done in the corner as far as we can make out from these images. Since there aren’t any major design reforms, Samsung might be in a false belief that twisting the holes on the device will impress its customers. Further a new design isn’t expected from Samsung noting its year old Glass and metal-build concept.