MobiPicker
Android Software Update Samsung Galaxy S6 edge received its first OTA update in India
Share on Facebook
Tweet on Twitter
Deal Alert: 49% Off on ExpressVPN
Touted as #1 VPN in the world, ExpressVPN is now offering 49% off & an additional 3-months of service on its annual plans.

Samsung Galaxy S6 Edge has been launched globally today and has received its first OTA update on initial start-up.

What is new in Samsung Galaxy S6 Edge OTA update:- 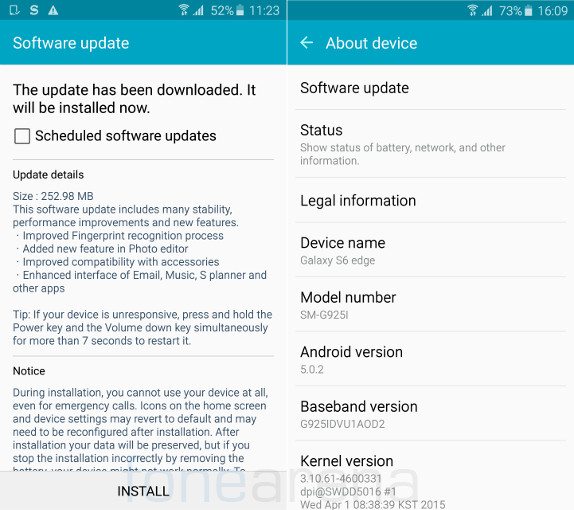 It is anticipated that Galaxy S6 has also received the update for these improvements. We will report it as soon as we learn about the update.