Samsung announced its two flagships, dubbed Galaxy S6 and Galaxy S6 Edge at MWC 2015 on March 1. Today, Antonio Monaco – an HDBlog writer has tweeted the Galaxy S6 Edge price for Italy. The tweet confirms 32GB version is priced at 889 EUR and 64GB comes for 999 EUR in the Italy. There is no pricing detail for higher model 128GB. 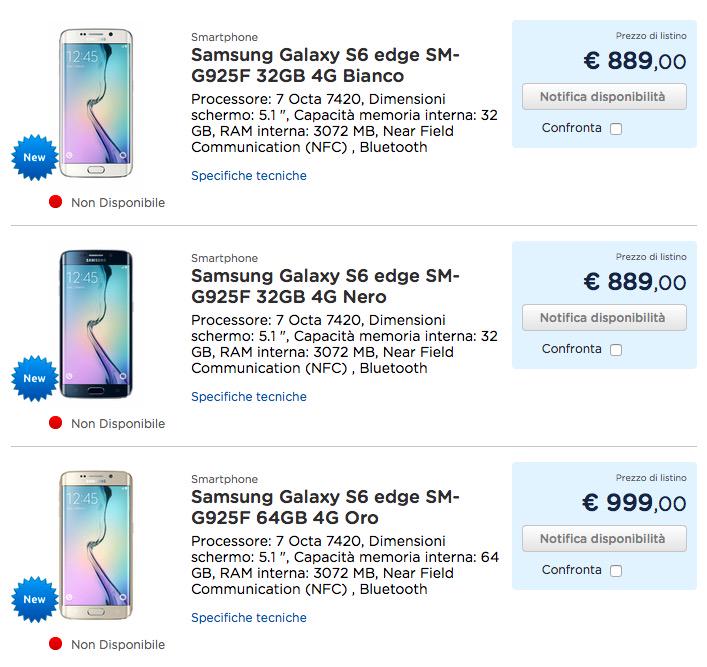 Both the smartphones will be available in 20 countries starting April 10, confirmed by the company. But, the Korean giant has not cleared the pricing doubts, however, the T-Mobile has mentioned the Galaxy S6 retail price at $699 without confirming the storage. It is anticipated that the price mentioned by the carrier is for 32GB version.

The closest rival to Galaxy S6 is HTC One M9, who is now up for pre-order in UK for GBP580.