MobiPicker
News Samsung Galaxy S6, edge latest price and launch info for 15 countries
Share on Facebook
Tweet on Twitter
Deal Alert: 49% Off on ExpressVPN
Touted as #1 VPN in the world, ExpressVPN is now offering 49% off & an additional 3-months of service on its annual plans.

Samsung will release its latest new Galaxy S6 and the Galaxy S6 edge in 20 countries on April 10.The smartphones are already up for pre-order in few countries including UK and Sweden. The Verizon Wireless will start accepting pre-order in US starting from April 1.

If your country is not on the list, we will update it as soon as we receive the info. Stay tuned for latest update. 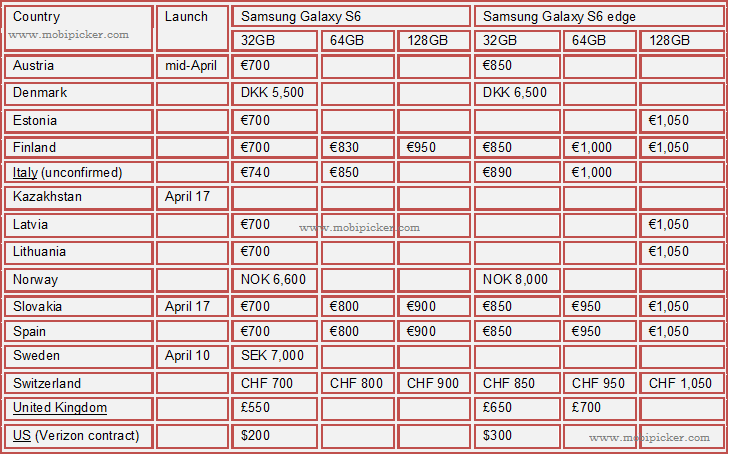