MobiPicker
News Samsung Galaxy S6 and S6 edge UK pre-orders to start on March...
Share on Facebook
Tweet on Twitter
Deal Alert: 49% Off on ExpressVPN
Touted as #1 VPN in the world, ExpressVPN is now offering 49% off & an additional 3-months of service on its annual plans.

Samsung today confirmed that pre-orders of its latest flagship smartphone Galaxy S6 and Galaxy S6 edge in the UK will start on March 20, ahead of the April 10 launch date.

Both the smartphones will be available with many retailers and networks, including O2, Vodafone, Three, EE and Carphone Warehouse. As an extra incentive to those who pre-order any of the smartphones, early birds will be privileged to pick their handset a day before on April 9.

In the event you just cannot wait to release the apparatus, pre-order may prove to be your very best choice to get the new smartphone as soon as possible. The apparatus will be accessible in 32GB, 64GB and 128GB storage choices in Black Sapphire, White Pearl and Gold Platinum. 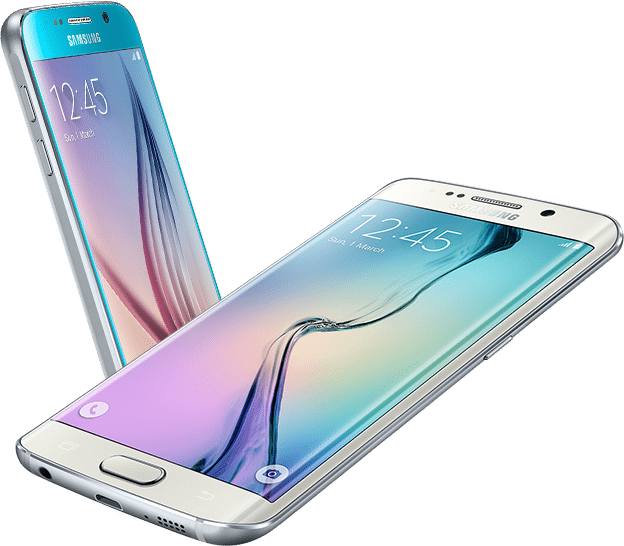 Here is the press release for more details-

The Galaxy S6 and Galaxy S6 edge will be available to pre-order from all high street retailers and networks including Vodafone, Carphone Warehouse, Three, EE and O2.

The Samsung Galaxy S6 and Galaxy S6 edge offer a new standard for design, craftsmanship and performance and seamlessly blend premium materials with the most advanced Samsung technology to offer consumers an unmatched mobile experience.

Those customers who have pre-ordered devices from the Samsung Experience Store and Samsung.com will be able to pick up their device a day earlier on 9th April.

Carefully crafted from metal and glass, the Galaxy S6 and Galaxy S6 edge blend purposeful design with powerful features. The Galaxy S6 edge, particularly, shows unique and outstanding beauty while also providing a solid grip and an immersive viewing experience with the world’s first curved display on both sides. Its glass body, made from the toughest glass to date, Corning® Gorilla Glass® 4, is available in an array of jewel tones, including White Pearl, Black Sapphire and Gold Platinum, which elicit a unique visual texture as it reflects natural light.

Vivid Images with a Fast, Bright Camera The Galaxy S6 and Galaxy S6 edge are equipped with an incredibly vivid, bright and fast front and rear camera. The F1.9 lenses and high-resolution sensors on both front (5MP) and rear (16MP) cameras provide the most superior image quality in a smartphone, even in the dark. In addition, Auto Real-time High Dynamic Range (HDR), Smart Optical Image Stabilisation (OIS) and IR Detect White Balance provide advanced light sensitivities and crisp camera solutions. Furthermore, a new “Quick Launch” feature give users fast, direct access to the camera from any screen in just 0.7 seconds* by simply double clicking the home key button. These advanced camera functions enable users to capture their most precious and personal moments in uncompromisi g quality, however and wherever they want.

With fully embedded WPC and PMA certified wireless charging technology, the Galaxy S6 and Galaxy S6 edge are setting a new industry standard for universal wireless charging. The devices work with any wireless pad available in the market that supports WPC and PMA standards. They also sport incredibly fast wired charging, 1.5 times faster than the Galaxy S5, providing about 4 hours of usage after only 10 minutes of charging.*

“The response to the Samsung Galaxy S6 and Galaxy S6 edge devices has been overwhelming, the entirely redefined smartphones offer consumers what’s next in mobility,” said Conor Pierce, Vice President IT & Mobile at Samsung Electronics UK and Ireland. “At Samsung, we don’t talk about what might be possible tomorrow, we make it happen today and that’s why we’re bringing people new technology faster than anybody else.”

The Galaxy S6 and Galaxy S6 edge will be available from 10th April, 2015 with 32/64/128GB storage options available in White Pearl, Black Sapphire and Gold Platinum.

Full details and product images are available at www.samsungmobilepress.com.

For full information on the Galaxy S6 and S6 edge please visit www.samsung.com/uk/galaxyS6/