Android 6.0 Marshmallow has been rolling out to a lot of devices now, and most of the major smartphone players are seeing to it that the update reaches their supported flagships quickly. However, Samsung seems to be getting a little bit slow in providing the Marshmallow update for the Samsung Galaxy S6 and S6 Edge. 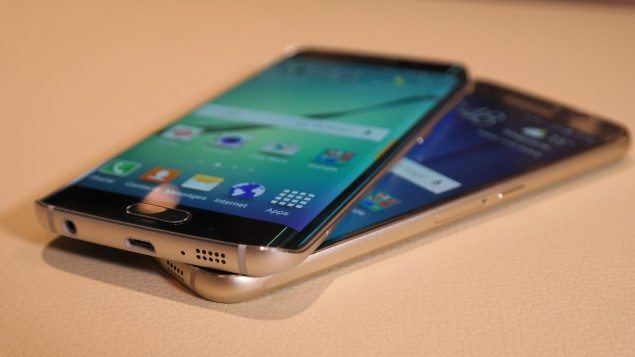 If you don’t already know, S6 users had complained of poor performance and battery draining issues when the Android 5.1.1 Lollipop update was rolled out to them. Naturally, Samsung decided to find a smart way out of this problem. The company started an Android Marshmallow campaign that would be driven by voluntary users who would be willing to test the Marshmallow beta on their Samsung Galaxy S6 and S6 Edge devices. This would help Samsung improve the quality of updates.

The .0.1 upgrade is not a major one, but it does come with new emojis and performance improvements. Apart from that, it gets a couple of new features that can prove to be very useful. A new “install overnight” feature allows you to schedule the installation of updates at night when you are sleeping. The update also improves the Edge panels greatly, and the Task panel gets more customization options. The scrolling speed has been deliberately reduced to avoid stutters or lags while scrolling and to allow the processor to compute easily.

Do remember that the company is releasing the update only to those who had registered for the Android Marshmallow beta program. Registrations are now closed, and if you hadn’t registered, then you need to wait until the official final version of the Marshmallow update. After the beta is okayed by the testers, it will be seeded to all the Samsung Galaxy S6 and S6 Edge devices.

If you are a registered beta tester for the program and have already installed the Android 6.0 Marshmallow beta on your Galaxy S6/S6 Edge, then you just need to go to Settings > About device > Software update to get the new Android 6.0.1 beta update. Do remember that it is a beta and can be unstable, so it will take some time for the firmware to be free of bugs and be completely smooth.

Samsung has not announced the official roll-out date for the final firmware, but it is highly expected to start around mid of February. It is worth noting that not all the regions will get the update at the same time, so the date may differ slightly for different countries / carriers.