Samsung Galaxy S5 owners on Verizon, great news, your mobile is eventually getting Android 5 Lollipop. It is the second time, when Verizon is rolling out the L update to Galaxy S5. 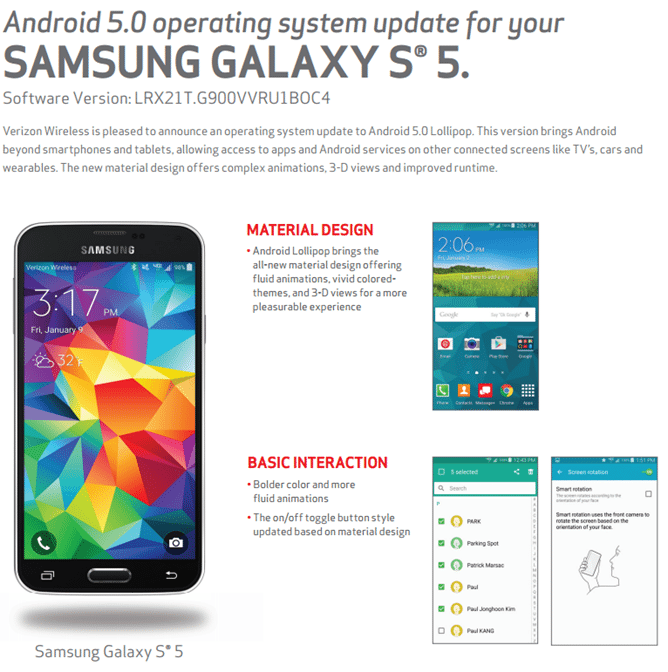 The carrier continues to be known as enemy of timely software update for a lot of years, and it shocked everyone by pushing the Android Lollipop update to Galaxy S5 in February first week. It was the fist U.S. carrier to roll-out the update for the phone.  Nevertheless, some serious bugs were reported by a lot of user those upgraded their phone in first phase, including fast battery drain and crashing applications.

Obviously Verizon pulled on the first upgrade, version G900VVRU1BNLC, and the newest variant now rolling out is G900VVRU1BOA4. The upgrade does not mention anything different – it looks like the only thing that is changed between February and now is the software version number.

Regardless, Android 5.0 is now accessible for all Galaxy S5 handsets on Verizon. Note that OTA update is rolling out in phases and it can take up to several days to reach every device.