After the introduction of Samsung Galaxy S5 in 2014 there have been rumours of S5 Neo coming up. Carrying a model number SM-G903F Samsung Galaxy S5 Neo have received a third Wi-Fi certification which hints that this device will be landing up in the market shelves very soon. 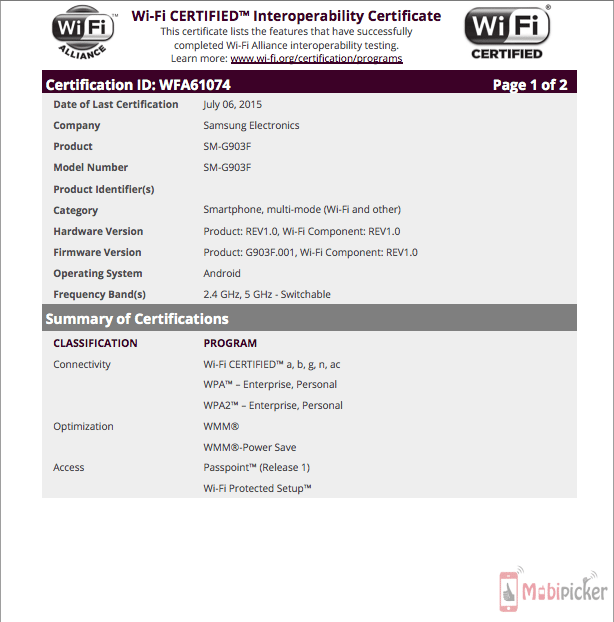 With WiFi 802.11 ac 2.4 GHz and 5GHz , SM-G903F appeared for certification and now a lot of haze has been cleared out which has been built since the launch of Galaxy S5.  Like S5, S5 Neo is expected to adorn the same design and specifications with only few changes here and there.

S5 Neo will be powered by 64-bit octa-core Exynos 7580 chipset which is apparently less powerful than the Snapdragon 801 SoC of Galaxy S5. Housing a 2GB of RAM, it features a 5.1inch SUPER AMOLED screen and 1080p resolution display, 2,600mAh battery, a 16MP rear snapper and a 5 MP front camera.

Currently there is lot of speculation about price and launch of S5 Neo, but nothing is certain yet. However according to rumors it will be available in Czech Republic at $490. Till the time the haze around the price and launch is not cleared, we will keep you posted on this upcoming device.