The Samsung Galaxy Note Edge is spreading all over the planet slowly-slowly. Earlier this week, the unique designed Edgy phablet listed for pre-orders on Best Buy in Canada. Now the device is[highlight] ready to hit Malaysia in the month of February 2015[/highlight]. The Korean giant has started the promotion and released a thrilling video to publicize. 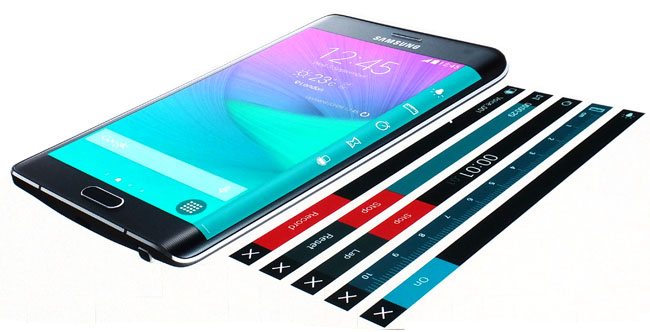 The Samsung Galaxy Note Edge have uniquely designed curved display on right edge and proves to be innovative from the other competitors. The curved display makes the shortcuts handy to use like music player, call, email, notification control etc.

The Note Edge owns plenty of eye catching features and packs a 5.6 inch Super AMOLED display and powered by Snapdragon 805 chipset. It also extends the choice in terms of internal storage with 32 GB and 64 GB with  a 3 GB of RAM. A 3,000 mAh battery powers the phablet with talktime up to 18 hours on 3G. A 16 megapixel camera at rear proves to be sufficient to take care of modeling.

The Samsung Galaxy Note Edge would be [highlight]available at RM2,999 in Malaysia[/highlight]. In Canada, the device is priced at CA$900 off-contract while CA$400 on-contract.