Samsung Galaxy Note 8 is still far away from the official unveiling, but the rumor mill has already started working on the subject. While most of us imagine the next iteration of iconic Note series to resemble recently released S8 and S8+, the new set of leaked images and videos show from the Korean giant. 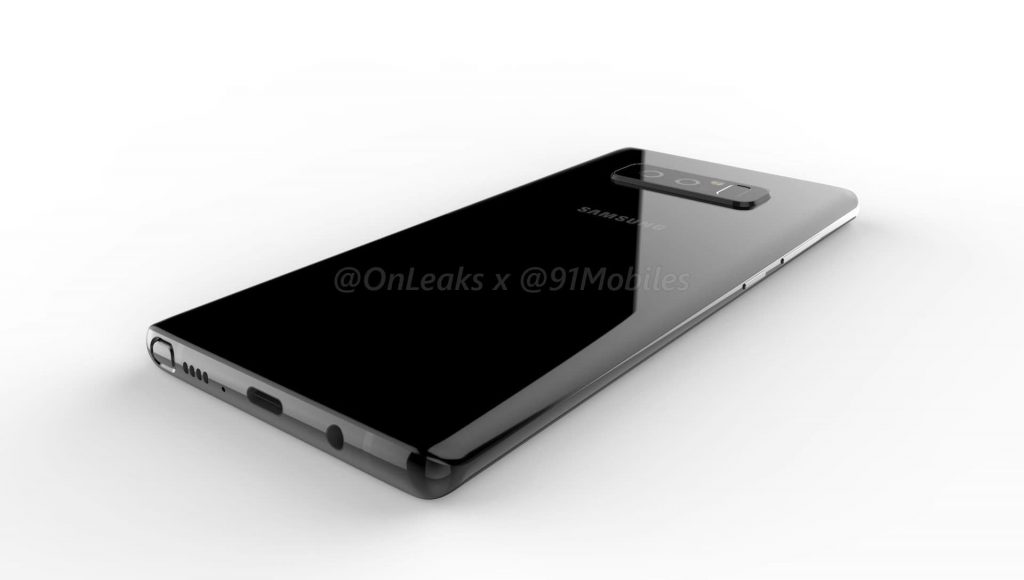 However, do keep in mind that these are fairly young renders of Note 8, and the actual design might change drastically upon launch.

The latest leaks are courtesy of reliable leakster, OnLeaks. It includes an image gallery along with a video revealing what the Galaxy Note 8 could look like when Samsung takes the center stage in New York to announce it.

The first and foremost change is the presence of dual cameras on the back. While the earlier rumors reported about a vertical dual camera setup, this one contradicts them with a horizontal setup for the imaging lenses. According to recent reports, the second camera on the Note 8 will be capable of 3X lossless zoom, which is seriously close to DSLR cameras. It will be a great feature if Samsung can pull this one off.

Next interesting thing noticeable in the leaked renders is the headphone jack. Ever since Apple ditched the same in favor of all-for-one port, there have been speculations of Samsung going the same way. In our opinion, if there aren’t any design constraints, a headphone jack should always be there. Following is the teaser video from the same OnLeaks source:

Samsung Galaxy Note 8 is one of the most anticipated devices of 2017, and with the implementation of S8 and S8+, expectations have only heightened. The battle between the iPhone 8 and Note 8 will be the one to watch. Do let us know which your choice in the comments section below.