In what is being seen as the biggest blow to the Samsung brand image, the recent cases of Note 7 explosions have cost Samsung very dearly. Samsung market value has tanked a whopping $22 billion over two days. This is mainly because of investors seeing a bigger hit to Samsung brand image owing to widening bands and warnings on Note 7 smartphones. With many airlines expressing concern over exploding Note 7, the Federal Aviation Administration (FAA), the organization responsible for advancement, safety, and regulation of civil aviation, recently issued a statement advising users to not use their Note 7 on flights. 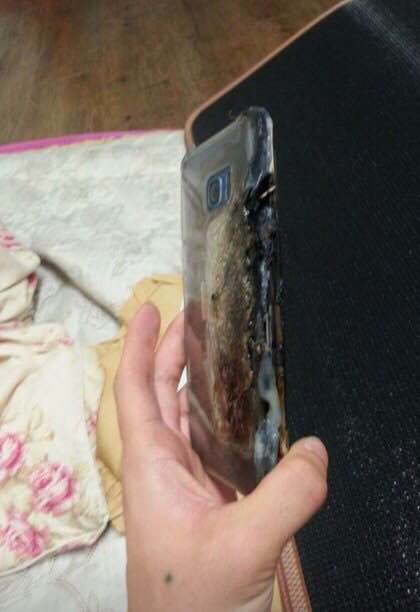 The latest action by Samsung in its series of disaster management steps is the software patch it released for Note 7 for users in South Korea who aren’t very keen on returning on their devices for the exchange offer. The software patch will attempt to avoid battery explosions by only letting the Note 7 charge up to 60 percent, reports AP. To make Note 7 users in South Korea aware of the software patch, Samsung released an advertisement about the patch on the front page of a Seoul Shinumn, a Korean newspaper. “It is a measure to put consumer safety first but we apologize for causing inconvenience,” the advertisement by Samsung Electronics said. The update for South Korean users will start from September 20th. Meanwhile, Samsung is also planning to issue new Note 7 with battery issues fixed starting 19th September in South Korea. Though the company has urged users to return the Note 7 and avail the exchange offer, the software patch is likely targeted at users who are reluctant to exchange their devices.

Whether a similar update will be made available to users across the globe isn’t known yet. It’s also unclear whether this update will be forced on the users. What’s however known for sure is that the recall of Note 7 has cost Samsung dearly  – both in terms of brand image and market value. Shares plunged 11% since Friday, the biggest two-day decline for the Korean giant since 2008. The stock drop suggests that the damage to Samsung’s brand may well go beyond $1 billion.

It’s well known that Samsung spends heavily on advertising and brand building. The Korean giant had hoped to get a head start over Apple iPhone 7 with the Galaxy Note 7. However, it now looks like Samsung has lost the strategic advantage the early launch of Note 7 was supposed to bring in.