The famous [email protected], who a few hours back shared with us a hint of some official images of the new smartphones “Samsung Galaxy Note 5 and Galaxy S6 edge+, has finally released the Galaxy Note 5 specs today. Some of its features are not surprising, but others may come as a disappointment to some users. 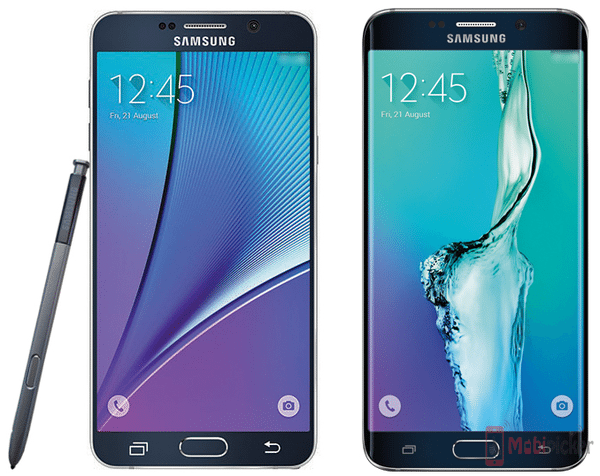 The Samsung Galaxy Note 5 will support a 5.66-inch display with QHD resolution. This will mark a third generation in a row, and two years after the Galaxy Note 3 were launched with the 5.7-inch sweet spot, the Note series has not increased in size.

According to the source, the same Exynos 7420 chipset used in the Galaxy S6, will power the Note 5. Though rumors circulated that a more energetic 7422 variant was developed for the Phablet. Also, the 7420 is not yet the fastest performer on the market in the meantime.

In accordance with the release, the Note 5 will incorporate a 4GB of RAM and internal storage capacity of 32GB. But extra storage options are inevitable, as the Galaxy Note 5 will not support a micro SD slot for extension. However, until its official release, chances still are that this may not be case, as the source focuses more often on money.

Moreover, @evleaks claims that the primary camera unit will be a 16MP one, even though it is not certain whether the device will come with a new 16MP Samsung sensor, or the Sony-made IMX240 fitted in the Galaxy S6. Samsung is said to have fitted a 5MP, instead of mounting a selfie megapixel camera on the front.

Whatever pending questions about the specs will be cleared on August 13, when the Galaxy Note 5 and Galaxy S6 edge+ will be officially launched.