MobiPicker
Mobiles Android Samsung Galaxy Note 5 Price Massively Discounted By $290 In The US
Share on Facebook
Tweet on Twitter
Deal Alert: 49% Off on ExpressVPN
Touted as #1 VPN in the world, ExpressVPN is now offering 49% off & an additional 3-months of service on its annual plans.

The Samsung Galaxy Note 5 can be availed through T-Mobile with a pricing of $789. Verizon and AT&T are offering the Note 5 for $696 and $739, respectively. Hence, Daily Steals is providing a huge discount of $290 as it is now offering the phablet for $499 with color options like black and gold. 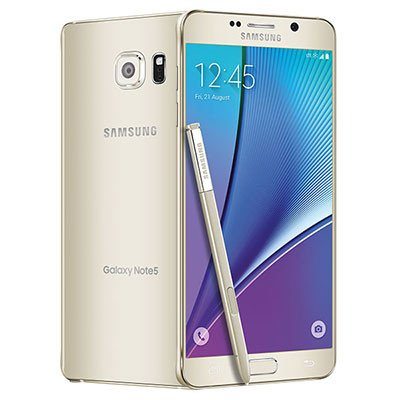 At the beginning of this month, the Samsung had announced the Galaxy Note 7 phablet. It comes with plenty of new features such as waterproof and dust resistant body, retina scanner, a USB Type-C port and Gorilla Glass 5 protection for its dual-edge curved display.

It is available in color choices like Blue Coral, Black Onyx, Silver Titanium and Gold Platinum. Samsung has also brought back the microSD card support feature on the Galaxy Note 7.

The Galaxy Note 7 smartphone is fueled by Exynos 8893 chipset (Snapdragon 820 SoC in the U.S) and 4 GB of RAM. It carries an improved edition of S-Pen stylus. It comes with the 12-megapixel rear camera and 5-megapixel front-facing camera that is available on the Galaxy S7 and S7 Edge smartphones.

The Galaxy Note 7 can be availed for $849 in the U.S. Would you like to purchase the Galaxy Note 7 with all the new features or avail the discounted Galaxy Note 5 on Daily Steals? Do let us know your thoughts by adding comments.