The Korean company will officially introduce the Samsung Galaxy Note 5 on August 12th during an event that would be hosted in New York. After two days of event, the device will be put on display shelves in mobile centers world-wide and will be available for purchase as well, according to DigiTimes. 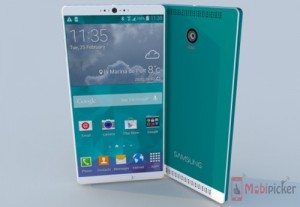 The news seems legit, as we have seen similar rumors earlier also, that the Note 5 will be release in August in order to avoid the new iPhone from Apple. If it happens, the device will have approximately a month of total domination over the smart device’s market before the premiere of the iPhone.

This is the first time ever Samsung has debuted a Note-series product on August. Before that, the brand has a custom of introducing models of this franchise during the IFA in September.

With Samsung changing heavily the design of their high-quality products this year, lots of people have put tons of faith onto Galaxy Note 5. The design of the phablet which was leaked recently showing that the Note 5 will have a metal case and a sleek, angled back.

A lot of rumors on the specification of the device also appeared in recent days. The most noticeable is the one that announced the Galaxy Note 5 will be equipped with Exynos 7422 chipset with 14nm architecture, 4-gigabytes RAM and Quad HD screen.

Samsung Galaxy S6 Edge Plus might also be unveiled along with Galaxy Note 5 with the same 5.7-inches screen but having a curved design. Note 5 – when launched – will act as the role model standing on top of the board for specification while the S6 Edge Plus inclined toward a beautiful design, and in return for that, the spec will not be at all per-eminent and Samsung seemed to have brought the risk.