Following the Android Marshmallow update, Samsung has rolled out a new update to the Galaxy Note 4 in India. This new update carries build number N910GDTU1DPE1 and is a considerably large update at 525 MB. We don’t yet know what new things the update carries, and even the changelog mentions the usual things like bug fixes, performance improvements, etc. 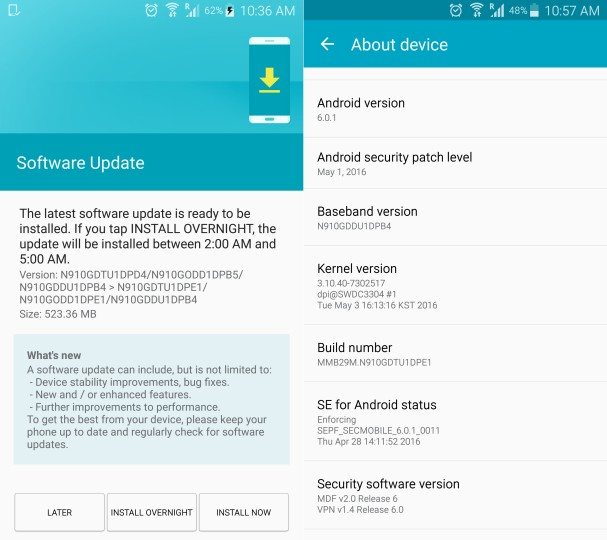 If you own the Galaxy Note 4, you should know that security patches for May have already been rolled out for the device. As for the new update that has been released today, it will take some time before you get the OTA notification. If you want the update right now, you can check for it by going to the Software update section your phone’s Settings.

If you have already received the new Galaxy Note 4 update, do comment below and let us know what changes you have noticed after installing the update.