We have already heard a lot about the upcoming Samsung Galaxy Mega On. Now, it appears that it is going to be a part of a new ‘On’ series of smartphones from the Korean manufacturer, along with the Grand On. These are likely to be the two versions which will debut the brand new line.

Both of these devices have already reached India for R&D purposes, and we even heard a rumor detailing their specs last month. Today, someone ran the Galaxy Mega On on the GeekBench benchmark site, which has confirmed a few of its specs. 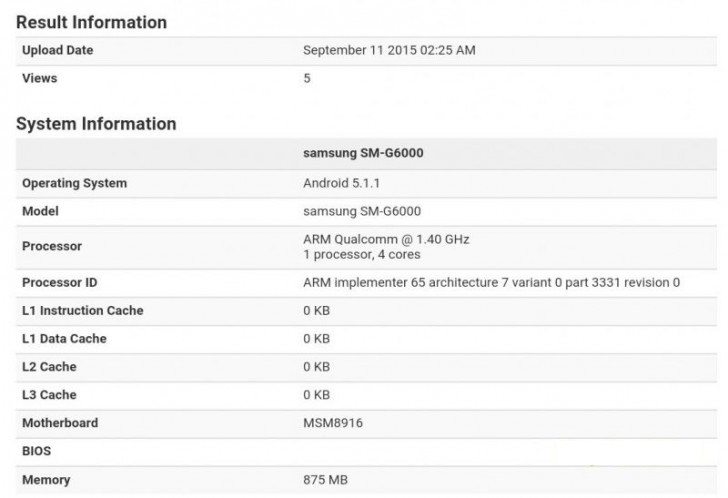 The Galaxy Mega On that was analyzed on the benchmark site has the version number SM-G6000, and is driven by the Snapdragon 410 chipset (in line with the previously leaked information). The phone has 1GB of RAM on board, which is different than the 1.5GB that it was rumored to have. Android 5.1.1 Lollipop is pre-installed on the device.

No more details were shwon on the benchmark site, but given to previous leaks, the Mega On should sport a 5.5-inch 720p touchscreen, 8GB of native storage (expandable), a 13 MP primary snapper, a 5 MP front-facing camera, and a 3,000 mAh battery.

We do not know any of this for sure right now, but we will inform you as soon as we received verified information!