MobiPicker
News Samsung Galaxy Grand Max available on Snapdeal
Share on Facebook
Tweet on Twitter
Deal Alert: 49% Off on ExpressVPN
Touted as #1 VPN in the world, ExpressVPN is now offering 49% off & an additional 3-months of service on its annual plans.

The mid-ranged Samsung Galaxy Grand Max has been launched exclusively on Snapdeal in India. The Korean company did not made any announcement and quietly launched the phablet. The online retailer is selling the smartphone at INR 15,990. 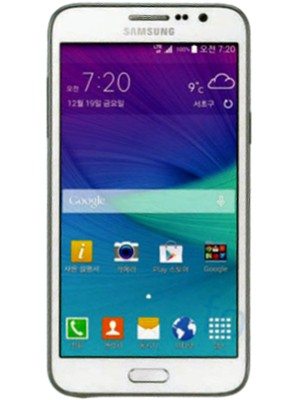 For the amount of INR 15,990, you will get a device with a 5.25 inch HD TFT display with 720×1280 pixel resolution, and powered by a Snapdragon 410 quad-core processor paired with a 1.5 GB of RAM. The device has 16 GB memory on-board, which can also be expanded via microSD card up to 64 GB. The smartphone comes with dual SIM support, 4G LTE connectivity, Wi-Fi and GPS.

In terms of camera, there is a 13 megapixel main shooter with CMOS sensor, and a 5 megapixel wide-angled camera to take care of selfies. The device runs Android 4.4.4 and packs a 2500 mAh battery.

If you are staying in India and Samsung Galaxy Grand Max has attracted you, follow the below source link to check the item on Snapdeal.